Home » Economic Predictions » Where Did the Housing Market Go, and Where is it Going Next? My first 2020 Economic Prediction
« Lunatic Larry Promises Trump Candyland for Election Year
Stock Market More Overpriced and Perilous Than Anytime in History »

Where Did the Housing Market Go, and Where is it Going Next? My first 2020 Economic Prediction 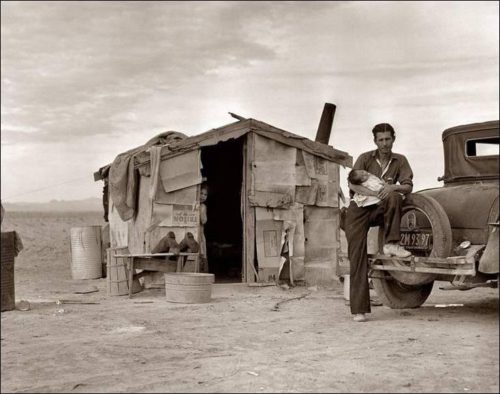 Since hindsight is 2020, I thought it might be useful now that we are far past the time in 2018 when I called the fall of the US housing market to assess where its journey went during the year and a half that has gone by before I venture a housing market prediction for 2020.

There is no sense going further if I got that wrong.

Two years after their decline began, new-home sales are just managing to sustain the peak they had reached. They may be out of the woods, but they did drop for quite awhile to such an extent that it took them a full year to recover. Existing home sales present a different story. They have not recovered and actually appear to be settling back down again:

So, the overall US housing market still has not fully recovered. Just a fact.

I said the housing market was going to fall because the Federal Reserve stated repeatedly it was on an auto-pilot course of quantitative tightening that would continue for, at least, two years and because housing sales had just started to drop. That drop, I said, shortly after it came, in was THE turn for the worse.

Since then, the Fed made a huge about-face. It slammed the brakes on interest hikes in December of 2018, half a year after my call, because stocks were crashing in an all-out free fall. That put an immediate brake on the stock-market crash. Then it even reversed interest hikes in the summer of 2019 to start re-acclerating all markets that are interest-dependent. It slammed the brakes on quantitative tightening even sooner than its post-stock-crash revised schedule, and then almost immediately slammed into reverse; i.e., back into quantitative easing at a true crisis level in the fall of 2019.

So, massive Federal-Reserve course corrections mean the causes I had given for the housing crash (rising interest rates and reduced bank liquidity) were fully reversed in 2019. While that was contrary to what the Fed said and apparently believed it would and could do, I had also always maintained the Fed would quickly learn it could not do what it believed it would do. It actually learned that more quickly than I thought it would. Certainly far more quickly than it ever dreamed it would. With that proved out, it’s time to lay in a new course based on massively revised Fed forces.

To lay out that course, its necessary to note that, even with the Fed’s hard reversal, you can see that the overall national housing market (existing and new-home sales combined) has not fully recovered more than half a year since the reversal got under way and a full year since the Fed put a hard stop on interest hikes. So, the effects of the reversal are slow, at best. With existing home sales back to declining, one could even argue the effects are now diminishing.

My economic predictions are always based on evident trajectories adjusted by cause-and-effect, not some crystal ball that I claim reveals the future. So, as course corrections are laid in by the Fed or other central banks or governments, those trajectories have to be revised to take into account the new winds (changing in this case from headwind to tailwind) and the new cross currents. I’m predicting where the US is going based on where the Fed and everyone else is taking the economy. (And you can historically assume with perfect reliability that the overall global economy will only be worse.)

Where, then, do I think the housing market will go now that ALL of the world’s central banks are back on a path of harmonious easing? Does this mean we are back on the recovery path?

Not so quick. I think the housing market’s recovery will be anemic. Because the Fed, contrary to everything it claimed about QE being temporary, is now fully on a path of easing forever and monetizing the US debt forever simply because it has to just to maintain the status quo. We saw how quickly the status quo failed when the Fed attempted to do otherwise. I don’t think the Fed is either anxious to pump up existing bubbles nor to lose face any more than it has to on its claims that QE was not monetizing the debt because it would be temporary. So, I anticipate they will only ease as much as they must to prevent collapse. (That, of course, will change to a more amplified mode if things fall badly apart; but for now it will try to walk the line.)

The Fed’s easing should help keep interest rates suppressed back to where they were before housing started to fall — at least for the short term. However, the Fed will get less bang for the buck because, in the near future, its easing is just making up for what it removed in 2018 and the first half of 2019. Later, the Fed will find the side effects due to economic distortions that continue to manifest from its additional easing will become harder and harder to manage, requiring more extravagant actions by the Fed.

I expect, therefore, that new home sales, now finally recovered from a fairly long decline may improve somewhat above where they were before the Fed’s tightening started to bring them down, and existing home sales may get about back to where they were. However, QE4ever will never work as well as all the past rounds of QE because people are starting to wake up (just a little, not much) to the lie that it was all temporary. That is creating a little less trust in the Fed’s omniscience. I don’t know if that distrust will grow because denial clearly reigns supreme in this country; but it will certainly make denial harder to maintain.

At the same time, more extravagant measures mean more plates spinning that the Fed has to keep up with. That’s going to mean more stumbles that could erode trust further, and trust is really the only thing the Fed has to sell. Fiat money is based on trust alone. Like any manure heap, the Fed’s QE becomes more unstable the higher it is piled.

The Fed, as I’ll lay out in this month’s Patron Post, hopes (futilely) to start unwinding QE4ever during the first few months of this year. I, however, am certain it is “forever.” just as I’ve claimed. Therefore, I predict the Fed will almost immediately find it cannot even unwind its recent move back to QE, which it has claimed is “temporary” on the basis that it was only intended to resolve a temporary repo crisis. The Fed’s methods will become less temporary, apparent to all, as I also plan to lay out in that Patron Post.

For the immediate future, the Fed knows it cannot unwind its recent QE much until after tax day in April when the banks will again have huge transactions to balance with repos. So, housing should get some lift through that time, and then spring is always a better time for housing than fall and winter; but it is all being built on a pile of shit.

As for the Fed’s intention to unwind its recent easing, I call “Baloney!” Stocks, housing, and everything else will begin to falter as soon as it tries, and the Fed will nervously go right back to more intensive action in order to calm the instability.

The quantum actions the Fed has taken since September already prove how dire the economic situation became in the summer of 2019, and we are far from out of the woods. It is only natural, though, that those big actions would bank a little more time against the recession I said would start last summer. How could nearly half a trillion new hot-air-fluffed dollars not buy, at least, a little time? The Fed’s response to the summer Repocalypse may stave off the recession that became talk of the town last summer for a little while, but think honestly about where we would be right now if the Fed had not rushed back into full emergency mode (even as measured against the scale of emergency operations it took on in response to the Great Recession):

We have received some reprieve, but the housing market overall still remains below where it was. Government debt is rising faster than it was. Government revenues are falling faster than they were. GDP is rising slower than it was. The Trump Trade Wars promise to keep most Chinese tariffs right where they were through the end of the election year, and stocks are by almost everyone’s reckoning now in a melt-up solely because Fed free money, now that we’re back at it, needs a place to go. Stocks are certainly not rising because profits and sales and earnings are up. All of those are demonstrably down … and have been since lasts summer began.

So, the economic situation is not more stable; it is more precarious; but the Fed’s massive money pumps are now pushing liquidity back up, creating float again to re-establish the illusion that we are OK.

Because 2019 moved relentlessly toward recession as I expected, it received massive Fed intervention throughout the fourth quarter, which may have bought a little time, but not much.

2020 with with its fiery presidential campaigns following the coup d’etat impeachment of Donald Trump, its heated Iranian conflict, its ongoing trade war with China, its faltering return to QE with diminishing results, its rapidly rising government debt under falling government revenues, resulting in relentlessly declining GDP, its now-declining stock-buyback support for a market that is currently overboiling with exuberance now at dot-com crisis levels, all topped off by the election-year shenanigans one can easily expect … will be a fool’s paradise at best. For a short time.

If all of that looks like we are making America great again, then I think your vision is not 2020. It looks like more of a house of cards than ever to me. I’m certain it blows over before the year does, but how the individual cards will scatter in the turmoil is almost beyond anyone’s imagining.

Apropos to an election year, 2020 is the Chinese Year of the Rat. To the Chinese the rat is a wily and instinctively brilliant businessman who “can always react properly before the worst circumstances take place,” just as Trump claims to be. To Americans, a rat stinks and is associated with garbage, decay and disease. I guess we’ll soon find out what kind of rat Trump is — the Manchurian kind or the American kind.

Let’s hope the Chinese are right because it certainly looks like the worst of circumstances are about to take place.