Home » Uncategorized » A Christmas Stocking Stuffer
« It’s Not Often I Get to Proclaim “THE FED IS DEAD” Then Watch the Fed Put on the Toe Tag!
Notice: I’ve made the last Patron Post now available to all. » 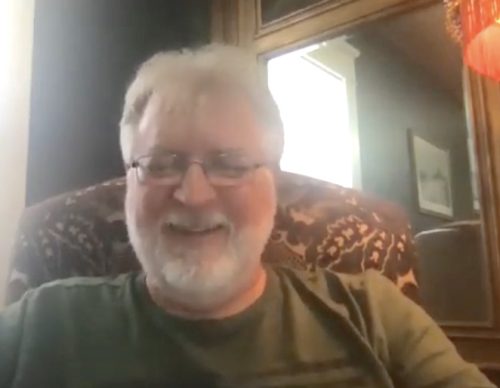 This month’s Patron Post lays out what course of action the Fed is likely to take this week, how and why any Fed action must team up with the federal government, and what the outcome is likely to be for the stock market and the economy. I’ve now unlocked that Patron Post for everyone because of an update to the article that I think is too important to lock away, but Patrons got to see it first.

The update covers a stunning anomaly I just discovered at the Fed in global money supply — a move that out-scales all historic precedence and about which the Fed has maintained total radio silence. It can be seen in Fed data, but without explanation as to why it is happening. That’s why I made it available to all for free.

(NOTE TO PATRONS: If you read the Patron Post in your email or right after it posted, you will want to go back and reread it to get the update noted above.)

The gist of the original article, before the update, is that a former Fed head has declared all the points I made about the Fed last spring and in years past to be true by making those same points, himself.

I anticipate writing an additional Patron Post this month. If you’re a patron, consider the one I’m mentioning here a Christmas bonus in that you got early access. The next will finish up my 2020 theme that has laid out the major financial action — central bank action, particularly in the area of digital currencies — and then we’ll see where we go from there for next year.

I thank everyone for their support this year, which has been big in keeping me at this blog because of how time-consuming the research alone is and the brain strain of pulling it all together into some readable form the synthesizes the new of the week.

I know for some my writing of late has been unpleasant to read because many are Trump supporters, as one would expect a majority of readers of a pro-capitalist but anti-establishment blog to be. As I always make clear, I support neither party because I think neither has a clue about what to do for the economy. Both parties worked their worst self-serving, politically motivated magic to get us where we are today. So, I am an equal-opportunity critic.

That costs me support every time I hit hard on Trump, and this quarter was no exception; but so be it. At least, in the years ahead, you’ll have the consolation of seeing many of the hits go to Biden in that I am confident he won’t do any better than anything we’ve ever seen either party do to build a genuinely healthy capitalist economy that works well for all by curbing the greed that crony capitalists with their pocket politicians use to milk the economy and the government dry for the good of the few while their greed just as constantly socializes all the losses upon the many.

Whether this approach accomplishes anything, other than alienating people, I have no idea; but if I did any less, I’d rather not write on economics or politics at all. There are more entertaining things to write, more fun to be had. So, if you are kind enough to give support, know that kind of edgy writing that takes no prisoners is what you are supporting. My pledge to you is that I won’t write anything I don’t fully believe in or hedge from writing what I think will be unpopular.

If you don’t like that, I highly recommend not supporting it. If you do support it, I don’t know what urge for the blistering white light that attempts to illuminate the truth about our present reality compels you to burn your eyes upon these glaring pages, but I thank you all the same.