Home » Uncategorized » A Davos Parable
« Fake News: The Fake-Stream Media Devours Itself
A Scotsman’s View of Globalism -or- Or How a Guy with Red Hair Becomes President » 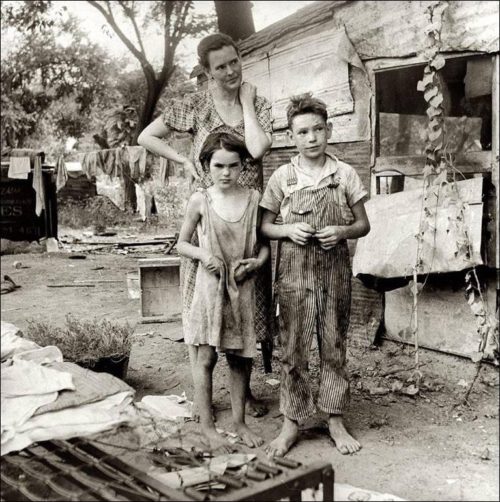 Cirrus clouds wavered overhead like a circus big top billowing in a summer breeze. Sunlight filtered through, making it a warm, hazy afternoon for the kaleidoscopic disarray of people jumbled on the fairgrounds. A large banner that read “The World’s Fair or Bust” rippled above the ground and flapped in the breeze. Small groups of different race and social pedigree gathered on a freshly harvested wheat field. Large piles of threshed grain were mounded nearby.

The different groups of people shifted around each other and crowded together but never mixed. A small-but-important space separated skeletal figures, draped with rags, from plump women in flowing gowns, glazed with glamour, crawling with jewels. Denim men and women talked raucously of evenings, weekends, and retirement. Around them, pairs and trios of plastic-labeled, polyester business people chatted quietly of politics and stocks, while dignitaries in long wool robes and turbans pinned with ruby brooches passed out campaign buttons.

A ring of booths surrounding the people offered a grand selection of delicacies and pleasures. Smiling merchants attended tables draped with gold cloths and covered with rich chocolate eclairs, strawberry parfaits, goblets of chocolate mousse, and every other food that could be freely tasted with the eyes or lavishly consumed for a price.

Travel booths abounded, offering life in exotic places. One booth was even raffling off tickets for an orbit aboard a private space ship. Not even the sky was the limit. Velvet-covered chaise lounges had been provided for those with gowns too long and flowing or bodies too wide and sprawling to walk about. Opulence stretched lazily and seductively around the crowd like a fat whore.

The dignitaries trickled back and forth from handing out their campaign buttons amid the majority to dining on the chocolate mousse with those in the chaise lounges. The people began gathering around the fair’s main attraction. In a small arena in the center of this eclectic assembly stood what had the appearance of a judge’s bench. A large sign over the bench read “International Court. World Justice Presiding.” Between “justice” and “presiding” was a small hook where a placard with the name of the justice of the day could be hung. A hand was reaching up to hang the name: “Maximilian Cornelius Forbes.”

It hung somewhat crookedly; and being so long, it covered the better part of the word “justice” beside it. The hand belonged to Justice M.C. Forbes, himself, who cast a glance at his crooked name, tried futilely to balance it, then turned to the crowd.

Forbes’ white powdered wig spilled out from under his top hat and dusted the shoulders of his tuxedo. He wore a glistening gemstone on each finger, and his long manicured fingernails glittered almost as brightly as his rings. Puckered eyebrows arched high above his darkly tinted eyelids, and a black mustache curled closely around the corners of his scarlet lips. To his left was a small pan scale; and to his right, a brick of gold, a loaf of bread, and a small empty box. The justice straightened out the three articles arranged beside him then looked down at the milling crowed and cleared his throat.

“Gather round, one and all. Pull tighter in front if you can, so those in back can plainly see.” He twisted more of a curl into his mustache and smiled brightly. Hearing the announcement, people scrambled for positions nearer to the center. “Today the fair court will award its decision on who may eat from these large mounds of grain harvested from the World Fairground. To begin the process, we will have our annual fair auction. As with every year before, you can see there is something here for everyone to bid on. Remember, you can bid on only one of these three objects, so be prepared and choose ahead – the brick of gold, the box of air, or the loaf of bread. We’ll begin with this box of air. Who will place the first bid?”

Justice Maximilian Cornelius Forbes held up the small box and glanced from person to person, but everyone was holding out in hopes of something better. Finally he said, “Come, come now. Someone speak up. This is no ordinary air. This is a box of East Indian air.” He held it up higher and waved it before them. “You can smell the Brahma bulls, the dust from the streets, the parched wood of oxcarts cracked by the heat. Put your ear to its opening; here its hollow moan – the sound of its people, a low earthy tone.”

Again, the justice glanced around, and finally he pointed. “You in the sari, the old man on the rug, make me an offer, and it’ll be yours. Not even one rupee? This is good air, Sir, fine air, the very best air around; and it can be yours if your offer is sound. Make me an offer, just one little bid, and it’ll be yours, this box with no lid. Notice the carvings engraved on its side. Why here’s the bull that I mentioned and the people who cried. You know them, I’m sure. You’ve heard of their tale. Look at their mouths – how with hunger they wail. Listen once more to the cries of their death. Buy it now, Sir, it may hold want to buy ambien your last breath.”

The old man on the rug slowly held out his hands. Justice Forbes smiled generously and held out the box. “Well, then, if you cannot afford it, I’ll give it to you. Since no one else is willing to bid, the air is yours for free; but I’d sell it if I could. It was only a teaser for the auction anyway – a little something to give everyone a fair chance, a place to begin.” The dark, dry-skinned man shuffled up to the bench and clasped the empty box to his stomach. Hunched over, he returned to his mat. Maximilian turned to the crowd and held up the next object.

“The next item for bids is this small loaf of bread. It’s made from grains grown in Pakistan, milled in Afghanistan, kneaded by natives in Nigeria, and cooked by a baker in Bangladesh. All of these fine nations have donated their best to create a truly international loaf of bread, which shall go to the highest bidder. Who will open?”

Immediately, hands flew up all over the fairground, except among the chaise lounges, where the conversation was primarily of badminton and polo with dashes of world trade. The hands shook frantically and grew even more frantic as the price climbed from a few yen into the rubles and up. The voice of the crowd escalated from a murmur of pleas to an inflated roar of bids. Those in the chaise lounges turned to look at the rampage then resumed their conversations as best as they could. The old man in the sari patiently waved his box in the air, but no one noticed. It was not a bid worth acknowledging. As the price continued to go up, the arms gradually began to go down until only a few remained in the bidding. At the last arm, Maximilian Cornelius Forbes called out, “Sold! Sold for a thousand rubles to the man in the gray suit.” The man in the suit grabbed the loaf of bread and stuffed it under his coat before any of the greedy hands around him could break off a piece of it.

“Now the item we’ve all been waiting for,” said Justice Forbes, stroking the brick of gold. “Before we begin the bidding, I should tell you that this, like everything else auctioned here, is no ordinary gold brick. The gold in this brick was removed from the mouths of factory dolts who lived in America, England, and Poland and died in revolts. Some of the gold came from heirlooms – rings of promise, bracelets and charms for good health – smelted down in these same factories to puddles of pure golden wealth. The rest of the gold came from relics of art stolen from churches and hammered apart then melted and cast into this practical bar just to be sold at this justice bazaar. I know you would all like to bid, and you may; but the opening price is one million dollars today.”

Hands that were part way into the air in anticipation slowly lowered. The silence was broken only by the faint clearing of a throat coming from the chaise lounges, where a woman looked nonchalantly at the justice and raise a thirty-carat finger from the arm of her chair. Forbes eye caught the glint of her ring, and he said, “You there, the one in the long gown, feasting on Turkish delight, I believe you were the only to bid, and so it’s yours. Sold for one million dollars to the lady with the heavy hand! She’ll pay in British pounds, she says. Her weight in gold!

“And now, if the two who bid earlier will bring up their articles, the fair court will decide who gets the wheat harvested from our fairgrounds. Someone help the old man with the box, please. Sir, place your loaf of bread in the left pan of the scale. Quickly, Sir, quickly. Let go of it!” The judge pulled the bread from the suited man’s hands, tearing it into crumbles and heaped the crumbles upon the scale. “Perhaps,” the judge continued, “someone will be so kind as to bring the old man’s box over here; he doesn’t seem to be moving. Pry it from his fingers, too, if you must. It’s the only way a fair decision can be made. There. And now, Madame, I’ll place your brick of gold in the right pan, and the court will make its decision.” Justice Forbes hefted the brick of gold onto the scale. It smashed the little pan he set it on and flung the bread and box into the air. He deftly caught them and announced, “Aha! The brick of gold outweighs both the loaf of bread and the box of air. Imagine that, the same as last year. Winner takes all! Bless you, Madame. The wheat is yours. You and your friends may have the run of the fair.”

With that, Justice Maximilian Cornelius Forbes pulled down his name and pushed his way through the dismayed crowd toward the empty chaise lounge beside his wife, who was eating Turkish delight. The old man on the rug was carried away by his friends, while the justice was served his parfait on a golden tray. 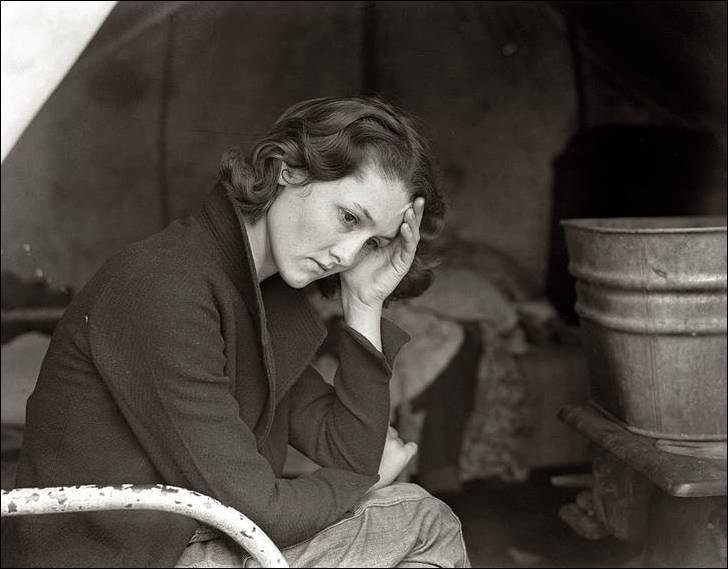