Home » Uncategorized » Bank Deregulation Back in Vogue: It’s time to dance the last fandango!
« How Will the Federal Reserve Untie its Gordian Knot?
Machine Mania in the Marketplace: How Computers Came to Own the World »

Bank Deregulation Back in Vogue: It’s time to dance the last fandango! 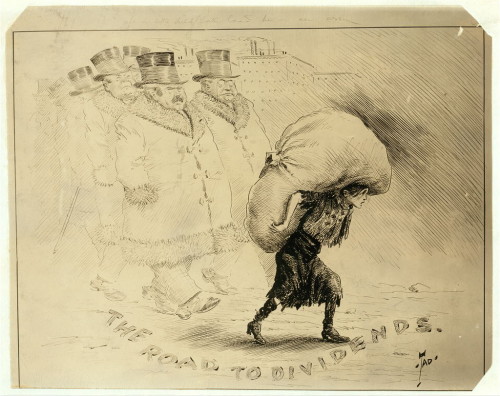 The Great Recession was so great for the only people who matter that it is time to do it all again. Time to shed those bulky new regulations that are like clod-hoppers on our heals and dance the light fantastic with your friendly bankster. Shed the encumbrances and get ready for the new roaring twenties that are just around the corner.

The banks need to be able to entice more people into debt because potential borrowers with good credit and easy access to financing are showing no interest in taking the banks’ current enticements toward greater debt. That could indicate the average person is smarter than the banks and apparently recognizes they are at their peak comfort levels with debt. The banks, on the other hand, want to reduce capital-reserve requirements in order to leverage up more.

Thus, President Trump, blessed be he, is working (in consort with the Federal Reserve) on cutting bank stress tests in half to once every two years and working to significantly reduce the amount of reserve capital banks are required to keep. He also wants to make the stress tests a little easier to pass. Such are the plans of his Goldman Sachs economic overseers to whom Trump has given first chair in various illustrious White House departments.

That should all go well. Why maintain a high bar on matters of national economic security? After all, we know stress tests are needless regulations because Alan Greenspan told us prior to the Great Recession that banks are naturally self-regulating for the obvious reason that self-preservation is in their own best interest. (Just like sharks in a feeding frenzy are more concerned about careful self preservation than about simply getting the biggest chunk of meat the quickest.)

Banksters in all their brilliance are, of course, applauding the changes as something that will boost jobs and expand the economy. That’s the sales pitch for deregulation. The truth, of course, is that the banks want to leverage up more so they can invest more money in stocks now that the Fed has stopped QE and is even looking at rewinding QE. That is how banks make their money these days, since fewer people want to take on additional loans anyway. (Those they buy stocks from will also just reinvest in other stocks, continuing the cycle that has been going on since 2009.)

Not only are people sitting tight on loans, but with immigration tightening up there will be fewer new people to seek new housing and new loans down the road. Banks see this coming. That’s the real reason the federal government long maintained loose immigration policy: more people equals more customers and more GDP growth and cheaper labor due to more and tougher competition in the labor pool!

(Full disclosure note: I am one of the oddballs that thinks we have enough people, thanks — of any color or nationality, including my own. I love different colors and cultures (including my own); I just don’t want more people. I don’t agree with an economic foundation that is predicated on the unsustainable notion that you have to keep overpopulating and developing real estate forever in order to have a sustainable economy. Let’s all become Mexico City in order to succeed forever and improve our standard of living? There’s a worthy goal! And that IS where a real-estate-development, immigrant-sucking based economy has to wind up. Just keep squeezing in more and more people endlessly so you can keep the economy going.)

We need to deregulate banks so the money will trickle down

On the one hand, banks face a growing apathy in the general market toward taking on more debt, and they face a slower-growing marketplace (in terms of the growing number of clients). On the other hand, why should banks want to make loans that always have an element of risk anyway when the stock market remains virtually risk free under central bank guarantee? I mean, if you’re working with money given to you by the central bank, why not invest it all where that same central bank has your back, telegraphing to you that the stock market is where they want it invested? If you do it the way they want, they’ll keep printing new money for you.

Now that all the talk is about reversing the money presses, banks have to find other sources of money if they are to continuing investing in stocks. That’s why banksters are now touting the goal of improving wages in the job market. Evidence of their actual desire to boost jobs can be seen in Bank of America, the United States’ second-largest bank. It is in the process right now of expanding its layoffs in order to streamline operations and boost profits to shareholders. It is also replacing higher-paid employees with lower-paid ones.

Wasn’t the Fed’s goal of bringing the job market up to “full employment” supposed to translate into wage improvements for the middle class? Whatever happened to that central-bank objective? Who benefited more from the Fed’s efforts to create full employment than banks to whom all the Fed’s free money freely flowed? So, if you don’t see it happening in banks, you won’t see it happen anywhere. And it clearly ain’t happenin’.

Ah well, once again, money didn’t trickle down. It got caught in the banks’ multiple filters. The banksters, richer than they have EVER been, are actually working to reduce the amount they have to pay employees by getting rid of the more expensive ones (down in the lower tiers of course) so that the one percent who run the banks can be richer still.

Surprise! Money doesn’t even trickle down when you are an employee closest to all the free money that is supposed to trickle down. (And it never will!) The Federal Reserve talks a good game about wanting to see wage growth and about being concerned about growing income disparity, but its member banks don’t seem to be getting with the program. So, if the Fed cannot even persuade its member banks, after all these years of their recovery program, to improve wages in the lower tiers by giving them lots of free money to distribute, it certainly cannot persuade anyone else with less of a connection to the free money.

Obvious or what? Surely, you never really believed the upper crust would let wage inflation happen! It’s still the same trickle-down talk of deregulating the banksters at the pinnacle of the economy so that the economy can keep growing and wages can expand, but the real goal is simply reducing reserve requirements in order to free up more money during this tightening phase for the banks to continue to play with in the Wall Street Casino.

Another big move at deregulation happened in congress yesterday

Targeting government regulations, the Republican-led House on Tuesday voted to nullify a rule that would let consumers join together to sue their banks or credit card companies rather than use an arbitrator to resolve a dispute.

The repeal resolution passed by a vote of 231-190, almost entirely along party lines.

The Consumer Financial Protection Bureau finalized the rule just two weeks ago. It bans most type of mandatory arbitration clauses, which are often found in the fine print of contracts governing the terms of millions of credit card and checking accounts.

Republican lawmakers, cheered on by the banking sector and other leading business groups, wasted no time seeking to undo the rule before it goes into effect next year. (Newsmax)

God forbid you should ever be allowed your normal citizen’s right to your day in a real court against your favorite banksters if they stoop you in the middle of their bump-and-grind dance. It should always be illegal to deprive anyone of their constitutional rights to their day in court by means of a simple disclaimer, as if disclaimers can trump the constitution, especially in a world where all banksters automatically offer the same boilerplate legalese if you want to join their dance.

They saved the last dance for you

So, let’s deregulate the banks all over again in order to improve jobs and help the economy grow and make sure you cannot hurt your banksters if they first hurt you! Let’s buy into the same promise again … and again … and prove the masses are nothing but dumb oxen, always ready to shoulder the burdens of the infernally rich.

Now that the same banks are even more too big to fail, it’s certain to be the last fandango this time. So, grab your favorite fat bankster while you can, and let’s have us one big whoop-ass dance! Come on, Everyone! Of course, you will be expected to caddy all of his or her money on your back while you dance with him or her so he or she can enjoy the dance. You cannot expect a man or woman of such rotundity to carry a load when he or she’s so fat! And, who knows, maybe a single coin will spill out of that money bag this time and finally be yours! It could happen! Bet your life on it; bet your nation’s life on it. If you shoulder the entire money bag on your back, there may be a coin spill out for you … maybe. That’s the trickle-down guarantee:  maybe next time will be different and some of the money will become yours … maybe.

So, you’ll bear the burden because that’s what you’re supposed to do if the hope is ever to become true.

Some music to dance to with your favorite bankster:

The one coin that I hope will fall from their money bags:

And something to wear while you dance:

(Lightweight and breathes; makes it easier for you to carry more of their money on your back, and it’s their favorite color, making it more likely they’ll pick you to dance with.)