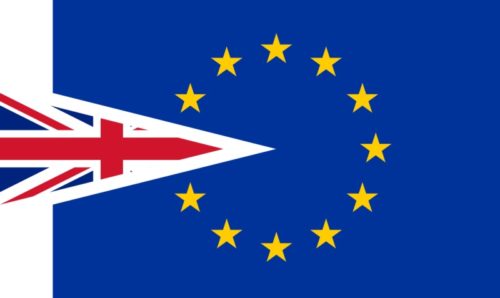 Regardless of the extent to which global fear mongers are right about the economic catastrophe that will hit every shore of the world after the Brexit, the most significant fact of the Brexit will be that the UK was the first nation to start the inevitable break-up of the EU. I have said since its beginning it cannot and will not hold together.

The Brexit vote is clearly the most massive anti-establishment groundswell in decades. We can thank the Brits for having a stiffer upper lip than the Greeks when it comes to risking the pain that will come from this life-changing, nation-changing international divorce. And, of course, there will be pain and lots of it from such a major but vital course correction, just as there will be a lot of pain when the entire global economy meets its inevitable collapse.

Already, that pain is arriving in torrents around the world, just as the rain poured down on England on Brexit voting day, so it is not as if the fear mongers were wrong. One has to expect that a section of the European continent falling off politically will create tsunamis.

One of the biggest fears is that Brexit will create waves of similar break-offs from the already deeply fractured Europe. And overnight the run-up of market crashes on foreign shores looks a lot like 2008. Before the day began in most of the US, Bloomberg reported the following list of major tidal changes around the world: (Here’s an abridged version.)

The British pound’s plunge is it’s greatest one-day loss ever. The largest prior to that was the 1992 drop of 4.1 percent. That’s when the pound was pressured out of Europe’s exchange-rate mechanism. The euro’s fall overnight was its worst since it was introduced in 1999.

The E-Mini Dow fell about 700 points upon the news as of midnight. London’s stock market plunged 8%.

Standard and Poor’s has already stated that Britain may lose its AAA credit rating as a result of the Brexit vote.

The financial seismic shift is so great that Bloomberg also reported the following overnight results from the surprise 52-48 vote in favor of the Brexit:

“It’s scary, and I’ve never seen anything like it,” said James Butterfill, head of research and investments at ETF Securities, said by phone from London…. “A lot of people were caught out, and many investors will lose a lot of money.”

“Overall liquidity in the U.K. is drying up as we speak in a very rapid way,” said John Woods, chief investment officer for Asia-Pacific at Credit Suisse Private Banking, told Bloomberg TV in Hong Kong. “It’s highly likely that we see monetary easing in a coordinated response” from central banks across the world….

The euro slumped 3.2 percent, while currencies in Norway, Sweden and Turkey posted even steeper losses. Japan’s currency jumped by the most since 1998 versus the dollar.

“All hell is breaking loose,” says Vishnu Varathan, a senior economist in Singapore at Mizuho Bank Ltd. “The only surefire is you buy yen, you buy U.S. Treasuries, you buy gold, and you sit tight.”

…A gauge of where bank borrowing costs will be in the months ahead, known as the FRA/OIS spread, hit the most extreme level since 2012 on Friday in Asia….

“Equity futures, gold, U.K. bank and insurance stocks are all sounding off their market stress sirens….”

“We would expect the Bank of England to immediately add liquidity in extra size today, and the ECB will follow. USD swap lines with the Federal Reserve may be used, and other central banks will be on alert.”

Clearly, most pollsters were wrong, as almost all were predicting the Brexit vote would end with the UK remaining in the European Union. Markets around the world aligned themselves with those polls to be ready for the outcome. That makes the overnight financial disasters hard to assess in terms of how severe all of this is for the longer-term, as clearly there were a lot of positions being hastily corrected. Cooler heads may prevail in a couple of days after the dust settles.

Of course, I’ve been pointing out for a long time that many massive negative forces have been stacking up in the global economy. I’ve pointed out that, as more of those possibilities — like a Grexit or Chinese crash or a Japanese crash … or the Brexit — pile up, the number of actual assaults against a failing global economy will increase. It’s a simple matter of great odds stacking up against the global economy, which is deeply flawed at a structural level. It was always a matter of which orbiting bolide would hit the earth first.

Anti-establishment fervor behind Brexit vote seized the reins of power

Many politicians pointed to the anti-establishment nature of the vote, which had a lot of dedication behind it. Voter turnout was the highest it’s been since 1992 with 72% of the voting populous making it to the polls in spite of severe rainstorms and flooding. Many thought those who wanted to leave the EU were stronger in their desire to leave, while those wanting to stay may have tended to be little softer and less apt to brave the inclement weather. Even before the polls closed, talk was that the bad weather would tend to help the cause of the more stalwart “leave” voters; but that speaks only of the passion for leaving and lack of passion for remaining.

The weather and how it would differently effect voters of different passion could be why the final vote turned out so much different from what pollsters had predicted. Only Scotland and London voted decisively in favor of remaining in the EU with London voting 60-40 in favor of staying in the European Union. The rest of the UK turned out a landslide vote for leaving the EU with some regions voting as high as 60% in favor of leaving the EU. That was a much stronger run for the exit than anyone (even the “leave” campaigners) expected.

The vote in Scotland could presage more troubles between Scotland and the rest of the UK as Scotland has long threatened its own exodus from the UK. Those feelings of leaving in order to stay with the EU may now be heightened.

Scotland’s First Minister Nicola Sturgeon has said that the EU vote “makes clear that the people of Scotland see their future as part of the European Union.” (BBC)

Obviously, the majority of Brits didn’t care what establishment politicians Obama or Hillary had to say. Both had cautioned strongly against a Brexit, as had the International Monetary Fund. Donald Trump, on the other hand, supported the campaign to leave. It would appear that the same groundswell that is rising behind Donald Trump in the US is rising to even greater heights in the UK, willing to take on far more severe risks in order to escape the clutches of the European establishment.

It would appear Trump has more foreign-policy credibility than Obama because, while in Scotland, Trump said,

I would personally be more inclined to leave, for a lot of reasons like having a lot less bureaucracy. … But I am not a British citizen. This is just my opinion. (Breitbart)

He seems more in synch with the British people.

Perhaps no one is more qualified to say what the British exit vote was all about than its lead campaigner, British politician Nigel Farage:

The opposition more or less agreed with the anti-establishment nature of the Brexit vote and showed that the vote has the establishment’s attention:

Work and Pensions Secretary Stephen Crabb, a supporter of ties to the EU, said the ‘white working class’ appeared to be voting out. ‘In those areas which are strongly perhaps white working class there will be a strong vote for Out and that’s something as a Government we need to respond to,’ he said. ‘Clearly, I think one of the features of this referendum are some of those social divisions and clearly as a Government, as a political class, all parties, we need to show that we’re responding to that.’

Even though the Labour party was expected to vote 2/3 in favor of remaining,

Ex Labour leader Ed Miliband said a Remain majority would be ‘a vote for staying in the EU, but not a vote for the status quo in this country. It’s important David Cameron listens to that…. Whatever happens, the country will need to come together, there will need to be healing. It’s a nation divided and the PM will have a big responsibility – particularly if it’s a Remain win – to show he understands what people are saying on the Leave side of the argument. Labour faces that responsibility too. As far as Labour voters are concerned, there are two issues. There is obviously immigration, but beneath that there is a whole set of issues about people’s lives and the fact that they don’t feel politics is listening to them.‘

So, an enormous change happened in a single day because people finally got so sick of the establishment that they would bear any risk and all the pain that will likely come from their decision in order to break from the status quo. The price to the European establishment for running its undemocratic course for forty years is a complete break away by one of its major nations and most vital economies.

And the cost to the one politician who was the leading champion of remaining in the EU — Prime Minister David Cameron — is that he resigned this morning.

Former Europe minister and Labour MP Keith Vaz told the BBC the outcome would be a ‘catastrophe’. ‘Frankly, in a thousand years I would never have believed that the British people would have voted this way,’ he said.’And they have done so and I think that they voted emotionally rather than looking at the facts. It’ll be catastrophic for our country, for the rest of Europe and indeed the world.’ He added: ‘The issues of immigration are extremely important, if you look at the campaign I think that there needed to be a much stronger campaign to stay in. (The Daily Mail)

Yes, immigration was one of the biggest issues — a problem created and pushed upon the British people by Europe with complete ignorance or indifference to the costs, both cultural and economic, that come with shoving too many divergent people together too quickly. The price for that blind and hard-to-understand push, spearheaded by the apparently blind Angela Merkel, is the first major piece of the European continent breaking away.

The same backlash against that indifference and that “we know better than you” attitude is building here in the US. That’s why we see all the establishment politicians within the Republican party equally surprised at Trump’s enormous success over the many establishment candidates that the party put forward, all of whom were turned away like ripe garbage.

Where does the UK go now that Brexit has been determined by the angry masses?

A leave vote does not mean immediate secession from the EU. Even the “leave” politicians recommend a path that will take a couple of years to complete the divorce. The European nations are so intertwined, there is a great deal of untying of the knot to do:

The government will also have to negotiate its future trading relationship with the EU and fix trade deals with non-EU countries. In Whitehall and Westminster, there will now begin the massive task of unstitching the UK from more than 40 years of EU law, deciding which directives and regulations to keep, amend or ditch. (BBC)

The Brits prove the establishment can be bucked and that it may pay dearly for ignoring those it considers the ignorant masses. Today, Europe crumbles.

Brexit, Grexit and Running for the European Union Exits: