Home » Economic News » Cashless Society Has Arrived, and It’s Global
« Chinese stocks crash in major sell-off. U.S. Next?
YOU WORRY ME! An Open Letter to All Muslim Americans » 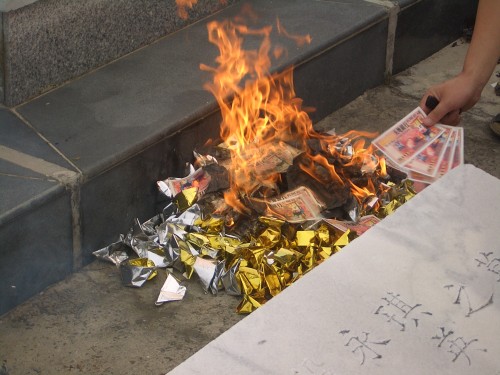 Half a century ago I remember my mother, as she rolled dough on the kitchen table, listening to radio preachers who predicted that the entire would become a cashless society based on a biblical prophecy in the Book of Revelation. Those preachers are now dead, as is my mother, but their predictions are coming to life. Make what you want of their source of knowledge, but what many thought was akin to conspiracy theory back then is now daily commerce.

Which societies are cashless already?

The list of nations that are completely cashless or nearly cashless is increasing rapidly. At the top of the list is Iceland, which boasts that 99% of all transactions now happen without checks, currency or coin. The same is generally true of all Nordic countries, which are leading the way to cashless existence.

“We are headed more and more for a cashless society,” said Jan Digranes, a director at Finance Norway, which represents banks and other financial institutions. (Reuters)

Norway, Sweden, Denmark, Finland and Iceland are all nearly 100% cashless. Swedes even buy things as small as bubble gum with a credit card, and Swedish banks have worked cooperatively to develop a phone app called “Swish” (while Norway has “Zwipe”) that will swish your money away to anyone who doesn’t have a merchant account to process credit cards. Stockholm’s subways will not accept cash. Even street people sell magazines using electronic payments. So, the cashless society is top-to-bottom in Sweden.

All of these countries still print cash and mint coin, but the amount in use is rapidly dwindling. Currently only five percent of Norway’s transactions involve cash, and one financial institution in Norway estimates cash will be gone completely in just five years. The U.K. and Sweden report cash usage is lower than 5%.

Denmark is trying to accelerate its change to a cashless society by passing a new law that states merchants no longer have to accept cash as legal tender.

The Danish government has said that as of next year, business such as clothing retailers, restaurants and petrol stations should no longer be legally bound to accept cash payments.

The proposal is part of a package of economic growth measures, which … aims to reduce costs and increase productivity for Danish businesses. (The Independent)

India is also seeking to become a cashless society. Numerous services in India enable small and medium-sized business to go cashless. There is mPOS (Mobile Point of Sale), RuPay and IMPS (Immediate Payment Service)  from NPCI (National Payments Corporation of India). India is still a country where people keep cash in mattresses and love the feel of a bulge in their pocket, but this is changing as the largest youth population in the world shifts to mobile phones and works in the computer/internet industry.

Why are we becoming a globally cashless society?

First and foremost, banks state that the cost of processing coins, currency and checks is almost twice as expensive as processing electronic payments. Makes sense, but, then, why do banks charge merchants a 2-3% transaction fee for debit and credit-card transaction? Why do they need to charge a fee when merchants save them money?

I suppose they do it because they can. So, electronic transaction not only cost them less to process, but they get you (or your merchant) to pay for the privilege. They can’t get you to pay for using cash. Bank of America tried. They started charging their own customers a fee for using their debit cards or their own ATMs. That bit of rapacious greed got trounced by angry customers in a hurry, however, so I guess there is still some limit to how willing the sheep are to be fleeced. Customers started leaving BofA in droves until they relented, and they haven’t said a word about that since.

In countries that have become mostly cashless, banks boast that robberies are down ninety percent because there is almost no money in the bank that can be stolen. On the other hand, electronic fraud in some of those countries has doubled in the past decade.

National governments in economic stress are also pushing to become cashless. Denmark, in the example above, is legislating cashless incentives because electronic transactions lubricate the economy. They increase the velocity of money and the cost of moving it. Greater efficiency is clearly craved by all nations now that we are in a longterm financial crunch. In short, going cashless is seen as part of an economic recovery plan for a world still gripped by the calamity of the Great Recession.

What are some of the drawbacks of becoming a cashless society?

Updated: banks getting highly enthusiastic about new technology for a cashless society

Since writing this article the following article has come up about banks racing toward Bitcoin’s kind of technology. They once battled it as the nemesis to their own currency. Now, they’ve given up the war as a losing battle and are looking at how they can conscript it to their own purposes:

Bankers Getting On-Board With Bitcoin Blockchain

I encourage you to use the comments below to add your own drawbacks to going completely cashless.

(MasterCard battles cash in Canada. The Financial Times demands the end of cash so that banks have more control over economic recovery. They want cash to be criminal in order to establish total economic control. Therefore, “bankers go bonkers over Bitcoin’s cashless solution.” (Wanting to get a piece of the action. Actually, wanting the total action. ) Britain tries cashless society experiment. And Sweden pushes its populace to become an entirely cashless society.)

For deeper reading on becoming a cashless society: