Since I’ve spent a fair amount of time on the US stock market of late, I won’t say much. Just taking a moment to note September just finished its fourth consecutive week down (final full week), maintaining a downtrend that began as we rolled over from August into September.

Stocks are Falling into Fall

All three major stock-market indices completed three consecutive weeks of falling today as we head into fall next week. The NASDAQ, as you see in the opening graph, has set up a clear trend of perfectly aligned closings this week.

Bullheaded Dave Portnoy Gets Pounded with His Own Hammer

Dave Portnoy is shaking his fist at the stock market, daring it to give him a bigger pounding than it already has — telling his gambling fans how the $700 million he lost on Thursday, and the four-million he’s lost “in a f—ing blink” over the week is just a flesh wound, a mere scratch. […]

Arrival of the Epocalypse and the 2020 Stock Market Meltdowns

I rarely mention anytime I’ve been interviewed. However, I was reviewing a casual conversation I just finished with one of my readers, Bob Unger, and I thought Bob’s questions led to a well-rounded expression of how, over the past two years, our economy got to the collapse we are in now, how predictable the Federal […]

The Coronacrisis has been a boon for America’s wealthiest dozen, taking their aggregate wealth over the top of a trillion dollars. One think tank refers to them as the “Oligarchic Dozen”: “The rich get richer” doesn’t even begin to tell the story these days. According to the Institute for Policy Studies, the wealth of the […]

One of my reasons I started this website years ago was to counter all the denial that I saw in the mainstream media about how long and deep the problems from the Great Financial Crisis would be and about how we were failing in every way to resolve the greed, decay and especially faulty thinking […] 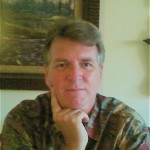 First, FYI for non-patrons, the subject of the latest Patron Post and of the last couple has been hyperinflation and the big difference now in how the Fed is creating money, which is much more critical in terms of hyperinflation than just how much it is creating. The article I just posted also touches on […]

Labor Dept. Trumps Its Own Numbers

Spin it up, Boys! Spin it up high! The Labor Department should go into the money-laundering business because they own the fastest-spinning, number-washing machine out there. Early this week, Trump promised really big numbers would be seen in Friday’s jobs report. Since presidents do not usually get the numbers until just before they are released […]

These pictures are worth thousands of words:

I’ve said this before, but there is a strong reason why it has been clear we would NOT have price inflation during all the Federal Reserve’s money creation after the Great Recession and why we very well could have it now. I think this deserves a quick summary because even financial writers don’t get it.

How CHAZ Got CHOPped: Seattle Made Itself a Petri Dish of Polluted Liberal Ideas

Shootings, stabbings, beatings of bystanders, police officers blinded by lasers, thrown bombs, burned vehicles, and the usual plethora of broken windows, stolen merchandise, obstructed traffic and graffiti. These phrases describe many of the so-called “protests.” All illegal. All unconstitutional. Yet, the Democratic mayors of the cities taken over by such conflagration cheer on the people […]

When dinosaurs went extinct, mammals gained opportunity to flourish. Crises for some bring opportunity for others who can adapt to benefit from new environments. I try to enable my readers to position themselves to be the ones who will come out better at the end of this crisis. Future calamity has already been set in […]

Goldman Sachs, JPMorgan, and BlackRock Financial Management are stacking up wealth like never before, thanks to the Great Recession 2.0, a.k.a. the Second Great Depression. Yet, the Fed maintains its recovery plans do not create wealth disparity.

Bloomberg reported this week that thirteen US companies (in the 50-million-plus size) filed for bankruptcy last week. That brought the total for the big boys and girls this year to 117, which matches the record peak for the first half of a year set in 2009. The slew of bankruptcies also set a record in […]