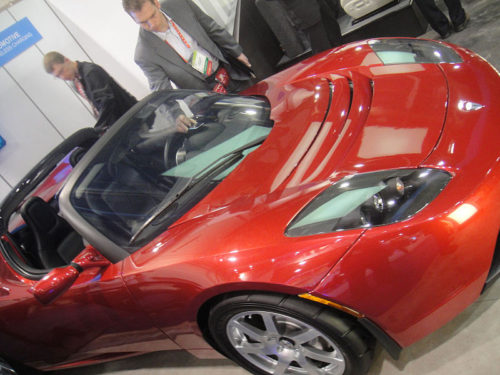 During the first several years of the Fed’s “recovery” program, bankers denied that banks were the primary drivers of the stock market bull. Then, a little over a year ago, the Fed’s Richard Fisher confessed what everyone in the alternative financial media already knew — the nation’s central bank was “front-running the stock market” in order to “create a wealth effect.”

It was more of a “special effect” really because it was all show with no deeper economic reality to back it. When the special effect machine turns off, the show is over. What the Fed’s machine did was create over 14 trillion dollars of new money and pump it entirely into stocks and bond.

You would think that would make it clear to everyone why stocks and bonds have simultaneously enjoyed history’s greatest bull run. (But somehow it doesn’t.) How could stocks and bonds do anything but go up with years of money creation being pumped directly into their arteries? That, of course, is exactly why it used to be illegal for banks to invest in stocks. Being the creators of infinite money supply, the Fed can completely (and legally since the Clinton days) rig stock markets, for which the Fed’s euphemism was “wealth effect.”

Wealth Effect Theory seems to follow the same line of reasoning as trickle-down economics. It follows a dictum that says “growth in stock value,” no matter how you fuel it, will cause capital investment, such as the creation of new factories. That, in turn will create high-paying, good-benefit jobs.

This, of course, has been utter nonsense that was rightly described by George H.W. Bush as Voodoo Economic before he became a Reagan convert. Nobody ever built a factory in order to create products where there is no demand, and how can demand go up when the only ones getting all the new money are a small number of investors, while the masses who could create enormous demand haven’t a penny extra to spend? It makes no sense.

The reason that both Wealth Effect Theory and Trickle-Down theory are complete fallacies is that no one ever works for money if they they can just go out and pick it off a tree via a bank-guaranteed gamble in Casino Wall Street. Instead of productive, job-creating, capital investment, all you get is new money chasing after the last round of new money in full knowledge that another new round of new money is coming. Another name for that is a “Ponzi scheme.”

So, whether it is capital-gains tax cuts, or just new money created by a clerk’s fingertips on the keyboard of some computer deep in the shuddered heart of the Fed’s Eccles Building, easy money pursues easy gains. Stocks go up, but earnings do not. Investors get rich, but laborers do not. All the same, laborers have continued slobbering like Pavlov’s dogs as the mere sound of the stock market bell, hoping that another explosion in stock prices due to another round of trickle-down tax cuts will someday drop a few trinkets into their hands, too.

Fake money and free tax breaks targeted for speculators send all of that up so easily, but that means it all comes down with equal ease.

How does a supernova unwind?

Last month, another Fed Fisher (one named Stanley) announced the Fed would start to gradually bleed off the trillions of dollars it has amassed on its asset sheet, effectively sucking some of that easy money back out of the economy. It might be smart to ask what happens when the banker’s guarantee on stock and bond purchases goes away while the underlying economy has never risen to match the wealth effect?

A rational person would say that it is impossible for stock prices to remain inflated when the easy money supply that inflated them deflates into an otherwise empty economy — empty of the high-paying labor positions that were once the hallmark of America, empty of corporate earnings (at least, that have any correlation to the high stock prices), empty of all new demand potential due to a middle class that is thinning faster than Ben Bernanke’s hair.

That’s why, to me, deflation of the stock market in a year when the Fed is promising to raise the price of money and hinting that it may start deflate its existing assets by the end of the year leads to the conclusion that the stock market is coming back down. What the Fed is saying is that it will be sucking the blood back out of the bull.

Of course, the Fed don’t know that because they believe in the fantasy that simply inflating stocks creates a viable and enriched economy that will prove to be self-sustaining. They believe that money is the basis for an economy. Actually, they believe that debt is the basis for an enriched economy because their money is created by buying up bonds. (Banks buy the government’s debt in the form of government bonds, and then the Fed creates money out of thin air to “pay” to banks in exchange for those government bonds. The Fed winds up holding the federal debt, and the banks wind up holding the new money, which they invest in either more government or corporate bonds or in stocks.)

Don’t ever tell this cabal of banksters that they are simply monetizing the US government debt, though, because that’s illegal; and they believe they are not because the Fed’s member banks bought the bonds from the government, while the Fed, which the banks wholly own (for a fact), merely bought them back. (To believe that the Fed was not the original buyers of US debt, however, you have to close your eyes  to the fact that, before the banks bought a single bond, the Fed telegraphed a guarantee to them that it would immediately buy all of those bonds …. a day later with newly created money. It told the banks, “If you buy the government’s debt, we’ll print money and immediately buy it all back from you.” I think that is called “purchasing by proxy.”)

That’s the charade that the Fed has been promising it would unwind during each of the last three years, managing only three minuscule interest increases during that time, the last of which it sneaked through during an obvious period of irrational exuberance in the stock market, which we called the “Trump Rally.” Peak irrationality meant stocks would continue to rise in the face of an interest increase because all fundamentals are ignored by irrational market. It also meant that bond interest was already rising well ahead of the Fed’s interest target, meaning the Fed’s interest was inconsequential catch-up to what the market was already down on its own.

Most sage investment advisors will tell you that stock markets do not crash “bigly,” to use a Trumpism, until you find them ramping up quickly in a purely emotional drive of irrational buying.

If you don’t think the present market is irrationally exuberant, let me point your eyes back to the days before the dot-com crash when people started worrying (just before the market fell) that investors were paying an awful lot for stocks in companies that had, for years, not made a dime. Most had seen nothing but endless losses, but they were being bought on hope.

Flash forward to this week when an automobile manufacturer that has never done anything but lose money since it began just became the most valuable automobile manufacturer in America (based on its stock). Tesla, which is being priced as a high-tech company, just ousted General Motors, having screamed past Ford only a week ago to now become the United State’s top car manufacturer.

In spite of all of that, the stock exchange says that Tesla is worth more!

I don’t expect GM or Ford will actually make the profit this year they are claiming they will, but they do have a history of making lots of money; so, they have a better shot at it than Tesla with its guaranteed losses.

Yet, Tesla is the investment of choice — this year’s Cadillac of stocks:

“Tesla engenders optimism, freedom, defiance, and a host of other emotions that, in our view, other companies cannot replicate,” said Alexander Potter, an analyst at Piper Jaffray Cos.

Does that not sound like a stock evaluation by an investment analyst that is pure emotion? “Tesla feels good. Buy it!”

“The market cares more about the potential new market value of the other businesses Tesla is in than about real profits and cash flow,” said David Whiston, an analyst at Morningstar Inc. “Right now there is nothing to slow Tesla’s momentum. They could pass Honda, too.”

And that is the kind of stupid stuff that happens when money is cheap or free and given to major banks to invest at will. But stupid falls the same way it climbs.