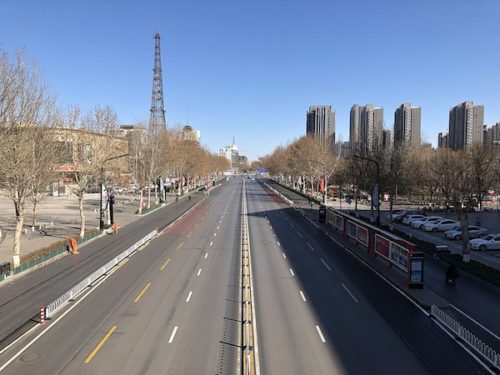 U.S. first-quarter GDP plunged profoundly negative, but real GDP would have crashed even harder if not for bogus BEA data revisions. According to the Bureau of Economic Analysis (BEA), the U.S. economy contracted 4.8% annually in the March quarter.

Stocks soared on the news for two apparent reasons. First, many media outlets immediately reported the number as +4.8% GDP growth, which they later reversed. The market paid attention to the false-positive print but ignored the later contrary truth.

Stocks also rose due to a possible COVID-19 treatment or cure.

Dr. Fauci praised Gilead Sciences’ remdesivir for its successful trial as a COVID-19 treatment in a study he personally shepherded, but another study later poured cold water on the treatment. The market, again, accepted the good news and wholly ignored the bad.

GDP Shouts “a Carpocalypse Upon Us”

GDP fell in both goods and services.

Under services, it was hit by “a pox upon us.” Ironically, health care experienced a considerable decline–an apparent result of people steering clear of doctors and hospitals to make room for possible COVID-19 patients and to avoid sites of high-risk contagion.

The plunge in goods was led by motor vehicle sales–already mired in “Carmageddon” by some accounts–which have now drifted into the abyss.

The first quarter’s pre-plague leap in housing helped levitate the overall numbers a little. Single-family housing boosted the aggregate of mostly bad numbers, but housing turned downward in the final month of the quarter.

The BEA highlighted COVID-19’s contribution to the crash in GDP, but indicated the plunge might not have been due entirely to the pandemic:

The decline in first quarter GDP was, in part, due to the response to the spread of COVID-19, as governments issued “stay-at-home” orders in March. This led to rapid changes in demand, as businesses and schools switched to remote work or canceled operations, and consumers canceled, restricted, or redirected their spending.

(Note that imports actually dropped, but imports are subtracted from GDP, so a decline in imports is positive to the bottom line.)

Personal income (adjusted for inflation) increased $95.2 billion in the first quarter compared with an increase of $144.1 billion in Q4.

Certainly a recession … probably a depression … numbers not seen since 1929:

BEA Has Been Adjusting Its Numbers Upward

Since government spending accounts for a contribution to GDP, stimulus money supports a better number even if it does nothing to increase production and is paid for with greater debt.

GDP numbers put out by the BEA include numerous adjustments that allow room for the government to present a more positive picture of the economy.

Shadowstats, a site that attempts to recalculate GDP as it was historically configured, states that GDP would actually have come in at -7.1% if calculated by historical methods. Its calculation of GDP is:

… adjusted for distortions in government inflation usage and methodological changes that have resulted in a built-in upside bias to official reporting.

Shadowstats notes that all revisions over the years have tended to improve each current government’s GDP number:

With reported growth moving up and away from economic reality, the primary significance of GDP reporting now is as a political propaganda tool and as a cheerleading prop for Pollyannaish analysts on Wall Street…. The BEA comes up with three estimates of growth, a high, low, and most likely. The numbers then get re-massaged so that the reported growth rate is moved closer to whatever the economic consensus is expecting. There actually is a belief at the BEA that there is some value to economic consensus estimates…. The upward bias shown in the revisions is due to what I call “Pollyanna Creep,” where methodological changes regularly upgrade near-term economic growth patterns.

The BEA, itself, has acknowledged possible shortcomings in how it applies seasonal adjustments to the raw data in determining GDP:

So what’s at issue here is the seasonal adjustment that the BEA applies to the data once it has collected its standard inputs for estimating economic growth. In a statement to CNBC, the BEA’s Nicole Mayerhauser said the agency “has identified several sources of trouble in the data….” There has been a back and forth in the economic community over problems in how the first quarter is seasonally adjusted for.

Accepting claims by the Fed and government economists back in 2015 that its first-quarter results tended to be overly negative, the BEA stated it would make several changes in quarters to come that would tend to increase how much it boosts first-quarter data for “seasonal adjustments:”

Mayerhauser said … The BEA will also be adjusting “certain inventory investment series” that have not previously been seasonally adjusted. In addition, the agency will provide more intensive seasonal adjustment quarterly service spending data…. BEA will continue looking at components of GDP to determine if there are opportunities to improve seasonal adjustment methodologies.

All adjustments were toward improving first-quarter GDP over historic methods. That smells a little like goal seeking.

It also seems highly suspect to me that personal savings went up in the first quarter and that personal income went up when unemployment skyrocketed faster than at any time in history.

Unemployment checks and stimulus checks did not begin going out until after the first quarter ended. There is always a one-week delay before you can apply for unemployment and then two weeks more before your first check gets issued.

Note that the first quarter includes only one month of the COVID-19 pandemic’s hit on U.S. GDP. Second-quarter numbers, all under the pandemic’s assault, are expected to be substantially worse.

If this quarter’s GDP negative print is followed by a second negative quarter, which most, if not all, economists believe is a certainty, then the U.S. will officially be in recession.

This article was published originally on CCN.