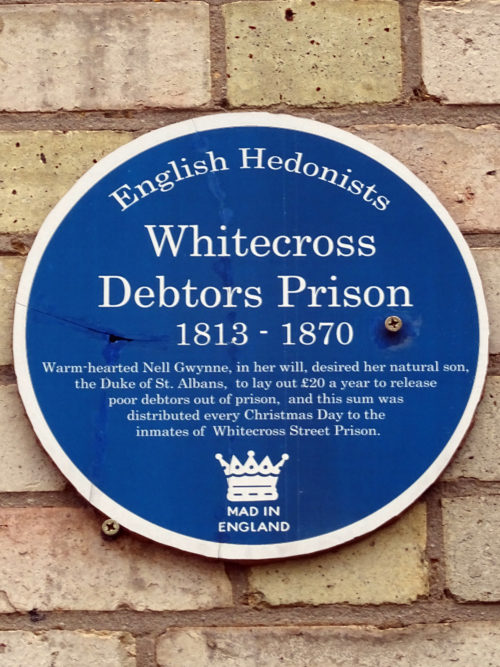 It wasn’t just the rise in the deficit that I had said was certain with the passage of the Trump tax plan and the spending bill, it was another one of those bad turns where you have to reach all the way back to the official part of the Great Recession to find a matching mile marker. At nearly a quarter of a trillion dollars for just one one month, February’s deficit takes you all the way back to 2012 to find another February as deep in the red.

Of course, the deficits back then were exceptional attempts to bail the US out of the worst financial crisis since the Great Depression. This, however, is supposed to be a time when the recovery is all in and we are seeing America made great again.

Some will argue due to their own political bias that this month’s huge deficit is only because it’s going to take awhile for the dreamliner tax plan to bring the prosperity that will make America great again. However, even I, who totally dislike ThRump’s huge giveaway to the establishment, thought the first few months of the year would show a surplus for the simple reason that the biggest revenue producer of the entire Republican tax plan — the repatriation of billions of offshore dollars — is has already begun. I would expect government revenue to be rising rapidly as companies start making that one-time move of foreign profits to the US.

Moreover, this huge increase in the deficit is  before the congressional spending bill that was passed in February even kicks in! With government spending set to get quickly worse, I don’t think the gradual increase in revenue from growing commerce is going to offset that.

According to today’s reportage, disaster relief and Pentagon spending drove the February budget like a pile driver. Those, of course, were forces that I promised would be creating larger deficits this year. The biggest driver of all (on the expense side of the budget), however, was … drum roll … interest on the national debt! Can anyone say, “I told you so!” The interest rate increases I’ve said will eat us alive due to Trunp’s rising government deficits and the Fed’s Great Unwind have barely begun, yet interest on the debt for February has already leaped upward by 8%.

Maybe you still believe we’re not going to have trouble with the national debt due to those two huge forces. Well, get over it. It’s not just the debt that is going to become an impossible burden, but everyone that requires business financing will actually start slowing down their business growth, as rising interest offsets lower taxes.

While some businesses may grow due to having more of their money left to play with, others will shrink due to the rising cost of financing. (Hint: corporations were never going to grow anyway because they were going to spend all that money on stock buybacks, as predicted here, and already shown to be a fact.)

It’s not just the businesses that will find financing for expansion harder, but their customers. That means fewer new homes built, fewer existing homes sold, fewer cars bought and made. Those who promised tax savings would expand business do not appear to have thought about the negative impact of rising interest on everyone when the government has to finance the larger deficits.

On the income side of the budget problem, the government is now experiencing lower revenue from withholdings and is reportedly already paying back higher tax refunds. That is in spite of the fact that wages are up. Most reports today are stating these things are the cause of the big deficit increase.

How bad was it?

Let’s hope February, even though it was a short month, turns out to be the longest month on deficits. Don’t know why it would, but March will tell. Maybe the tax refunds will prove to happen mostly during February and will slow down some. Maybe there is a payment timing issue that will balance back out in March.

For the overall fiscal year, which began in October, the deficit is only up by $50 billion, but that is because most of those months were pre-tax-plan and pre-spending-plans and because the Fed’s unwind was so small back then as to be unnoticeable. Everything changed in January with the doubling of the Fed’s unwind and the kicking in of the new tax plan.

Bond vigilantes on the march again

If you think the government debt isn’t going to be a problem this year as the Fed’s unwind gets up to full speed, take a look at history and at the perspective of one of the nation’s infamous bond vigilantes:

E. Craig Coats Jr. never set out to be a bond vigilante. As the former head of Salomon Brothers’ Treasuries desk, the last thing on his mind running the world’s biggest debt trader in the 1970s and 80s was fighting Washington’s fiscal largesse…. It’s been a generation since traders like Coats last imposed their will on Washington and Wall Street alike. Yet the original vigilante says he’s seeing signs that the once feared punishers of profligate spending are lurking again, lured back by an expansionary fiscal policy and signs of resurgent inflation — just as the world’s central banks dial back years of unprecedented bond buying that’s largely shielded politicians from market pressures. “Some of the stirrings from what we used to know about the old days of inflation are really starting to rear their head,” Coats, now retired, said from Florida. Back then “people paid a lot more attention to the deficits and the cost from the standpoint of what it was to the Treasury. Not so much now, but I think those days are going to be coming back.” (Newsmax)

With monthly interest on the debt already up by a whopping 8%, get ready for some rough action because the Fed’s unwind and the government’s spending spree have barely begun!

“This is a big problem, not just short term deficits but the debt,” said Liz Ann Sonders, chief investment strategist for Charles Schwab & Co. “We are playing with a lot of large numbers now. It changes the supply-demand dynamic in the Treasury market.” To keep pace with this rising shortfall, net Treasury issuance to the public will average $1.27 trillion per year over the next five years, according to strategists at BMO Capital Markets. That compares to an average of $658 billion over the past five years.

Two-year yields rose sharply today, going back to their 2008 milestone, and the 10-year yield keeps toying with 3% … a level of resistance it has yet to break beyond, but the pressure behind such a break is rising quickly:

All of this moves toward fitting in precise detail with the scenario I laid out in my own economic predictions for this year — not just the particular events that I’ve said would collapse the economy but the rate at which they are picking up.

“Stimulative but unpaid for tax cuts in the late stages of the business cycle have pushed up bond yields to the point where it has already started to cause stress,” said Jeff Caughron, chief operating officer at Oklahoma City-based Baker Group, which advises community banks with over $45 billion in investments.

Yes, the stress is just beginning. Wait until the Fed’s unwind hits full RPM late in the year and repatriation of foreign funds has climaxed and is diminishing. From that point on, the downward forces prevail.

We are now prisoners of our national debt.