Home » Uncategorized » Hell Week Daily Updates – A Nation Divided
« For Election Relief: Animals with Attitude
Liberals Scared to Death by Their Own Caricature of Trumpettes » 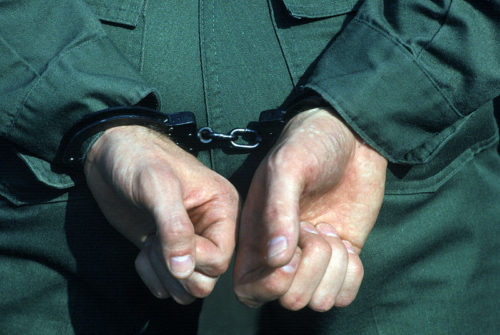 I’ll update news coverage of Hell Week daily in this article; so you can return here if you want an ongoing summary of events escalating around the world in response to Donald Trump’s election or if you want a forum for discussing it. (Financial impact, protests/riots, the promised cyberwar, etc.)

Hell Week – Day 2 after the Election (The Rage Grows Violent):

A group of Black hoods drag a man who voted for Trump out of car, beat him in the street over and over, then steal his car as he tries to get back in and gets dragged down the street while the crowd laughs and jeers at him. SHOCK VIDEO: BLACK MOB VICIOUSLY BEATS WHITE TRUMP VOTER

6,000 people protest in Oakland. Protestors threw bottles at cops, smashed the windows of local businesses, City Hall and the Oakland Chamber of Commerce and started a fire on the ground floor of the building and set fires in the street: ANTI-TRUMP CROWD SMASHES WINDOWS & POLICE CRUISER IN STREETS OF OAKLAND (VIDEO) and Anti-Trump protests turn violent: Cops clash with 6,000-strong crowd in Oakland Cher and Madonna join the crowd, and Cher tells protesters they “need to fight.” Graphitti says, “Kill Trump.”

CNN interviews a Latina protestor who is calling for violence and death as the only form of protest that will work to re-establish the establishment: ‘PEOPLE HAVE TO DIE’: ANTI-TRUMP PROTESTER CALLS FOR VIOLENCE ON CNN

This is how Hillary’s mob accepts the election results. Like, I predicted, this will be Hell Week.

High-spirited high school students marched through San Francisco, chanting “not my president,” waving rainbow banners and Mexican flags, as bystanders in the heavily Democratic city high-fived the marchers from the sidelines. “As a white, queer person, we need unity with people of color, we need to stand up,” said Claire Bye, a 15-year-old sophomore. “I’m fighting for my rights as an LGBTQ person. Anti-Trump Protests Continue

The financial market is not all as appears on the surface. (Worst day for Nasdaq since September 9th.) From ZH: “30 companies’ stocks reached an all-time record high as the most widely held stocks collapse, emerging market currencies crash, and bonds around the world are seeing unprecedented spikes in yields…”

Hell Week – Day 3 after the Election (Protests Escalate to “Riots”)

Anarchists take over protests in major US cities. Thousands of demonstrators took to the streets of several cities nationwide Thursday in a second night of rallies protesting the election of Donald Trump. While the gatherings were mostly peaceful, late-night vandalism, police in Portland, Oregon said, “Due to extensive criminal and dangerous behavior, protest is now considered a riot.” The Portland Police Department pointed the finger at “anarchists.” Police made 23 arrests, used rubber bullets and flash grenades: Anti-Trump Protests Sweep the Nation for a Second Night, Trump Calls Them ‘Unfair’

George Soros, the self-serving billionaire of violence and architect of civil wars and coups around the world and former teenage Nazi, is funding the riots now spreading across the nation. From Soros’s own foundation: “The gatherings – organized by MoveOn.org and allies – will affirm a continued rejection of Donald Trump’s bigotry … and demonstrate our resolve to fight together for the America we still believe is possible. Within two hours of the call-to-action, MoveOn members had created more than 200 gatherings nationwide, with the number continuing to grow on Wednesday afternoon.” Billionaire Globalist Soros Exposed as Hidden Hand Behind Trump Protests See also A brief rundown of Soros’s activism in disrupting nations for his own profit.

VIDEO: Anti-Trump rioters brawl — AGAINST EACH OTHER!

Massive Cyberattack Hits Five Top Russian Banks. Before the election Washington accused Russia of using cyberattacks against the Democratic Party to attempt to disrupt this week’s presidential election. Is this part of Washington’s promised retaliation? The problem with saying you’re going to do it, is that you will deservedly get blamed for it whether it was you or not.

“I’ve never experienced anything like it“: War photojournalist is hospitalized after savage beating by four anti-Trump activists while covering the protests in Oakland. Mr Ludowitz said his attackers, who were anarchists wearing masks, assaulted him as he was taking photos of them looting businesses and smashing windows with rocks.

11 YEAR OLD TRUMP SUPPORTER BEAT UP, PUT ON CRUTCHES An elementary school student from Stafford, Texas was attacked by his classmates the day after Trump’s election because he admitted to voting for the Republican candidate in the school’s mock election. Although there was a teacher present at the time, the student claims it felt like he was on the floor “forever.”

HIGH SCHOOL GIRL VICIOUSLY ATTACKED FOR SUPPORTING DONALD TRUMP Shocking footage out of California shows a high school girl being viciously beaten by another student for saying she supported Donald Trump on Instagram, the latest example of an anti-Trump hate crime wave sweeping the country.

Hell Week – Day 4 after the Election (Riots turn to gunfire)

Thousands march in U.S. cities against Trump presidency  Thousands of demonstrators took the streets in cities across the United States on Saturday. The biggest rallies were in New York, Los Angeles and Chicago, chanting “love trumps hate.”

1 Shot After ‘Confrontation’ in Portland; Marchers Hit NYC, L.A.  Gunshots came on the fourth night of protests in Portland. One person was shot. Suspect described as Black teenager. Police also reported that “burning projectiles” were thrown at officers during one of three demonstrations that occurred simultaneously in the city.

Scenes from the liberal meltdown  The mass hysteria spreads. Anyone expressing support for Trump has become the target of unrestrained venom: There are calls to boycott New Balance — its sneakers have been publicly burned — because an official said Trump would be better on trade issues. Meanwhile, the CEO of Grubhub, the online food-delivery service, demanded that employees who agree with Trump resign, because “you have no place here.” University of Kansas made therapy dogs available for distressed students. U of Michigan offered students coloring books and Play-Doh. Cornell hosted a campus-wide “cry-in” and offered hot chocolate. “They all should consider that their reaction to Trump’s win goes a long way towards explaining precisely why he did.”

New York Times publisher vows to ‘rededicate’ paper to reporting honestly  New York Post columnist and former Times reporter Michael Goodwin wrote, “because it (The Times) demonized Trump from start to finish, it failed to realize he was onto something. And because the paper decided that Trump’s supporters were a rabble of racist rednecks and homophobes, it didn’t have a clue about what was happening in the lives of the Americans who elected the new president. New York Times publisher committed to rededicate the paper to
reporting the news “honestly, without fear or favor, striving always to understand and reflect all political perspectives.” The publisher’s letter was in defense against internal criticism of The Times coverage.

Seething liberals vow revolution in Democratic Party  There is talk among some progressives, like Bill Clinton’s former Labor Secretary Robert Reich, about splitting from the Democratic Party entirely if they don’t get the changes they seek. “This has been a huge refutation of establishment politics and the political organization has got to be changed…if the Democratic Party can’t do it, we’ll do it through a third party.”

‘Trump Thump’ Whacks Bond Market for $1 Trillion Loss  Donald Trump’s stunning victory for the White House may mark the long-awaited end to the more than 30-year-old bull run in bonds, as bets on faster U.S. growth and inflation lead investors to favor stocks over bonds. A two-day thumping wiped out more than $1 trillion across global bond markets worldwide, the worst rout in nearly 1-1/2 years. “The cracks have been forming for five years….” In the stock market, the blue chip Dow Jones industrial average finished out its best week in five years on Friday as it marked a record high close.

And some good that is coming out of Trump’s victory already:

After Trump Win, Parallel Path Is Seen for Marine Le Pen of France’s Far Right  Globalism is meeting it match. Before Donald J. Trump’s presidential victory in the United States this week, Ms. Le Pen was considered a disruptive political force but far from a true threat to become president herself when France votes next spring. Not anymore. Since Wednesday, French news outlets, along with Ms. Le Pen’s mainstream political rivals, have been repeating the same thing: It could happen here.