Home » Economic Predictions » Housing Market Collapse 2.0 Has Begun
« Mass Stupidity Plagues Zombie Markets and Zombie Journalists
The Economy is Cracking Up. Are You? » 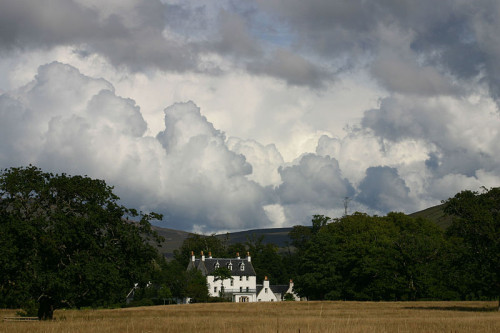 Well, that reprieve has ended … two months ahead of the schedule I suggested as an outlier. The storm clouds are now evident across the entire nation. More importantly, lightning is already striking in the nation’s healthiest housing markets.

New-home-construction starts are down 12.3% nationwide to a nine-month low due to the largest single-month drop in more than year and a half. That is a huge sign of a nationwide housing market collapse when you consider that this is the time of year when housing is usually on a tear because weather allows construction everywhere. Instead, construction in the US is down … way down … EVERYWHERE.

While that nine-month period back to the last low in construction was merely propped up by hurricane and wildfire rebuilds, as I said it would be (see articles listed below), we’ve already hit the point where those necessary rebuilds (still happening) are not strong enough to overcome the more general housing decline that is overtaking the nation and many other nations. Significant to that point, housing starts fell in all regions of the country. Both single-family and multi-family housing construction are losing momentum.

As an even clearer sign of where we are headed in the near future, housing construction permits are also down … for the third count (third month in a row). So, the decline in permits is now a trend. While single-family permits saw a small gain of 0.8% in June, multi-family permits dropped 7.6%. June had been expected by economists to bring a rebound that didn’t materialize, setting a new trend firmly in place.

Emaciated housing inventory is wasting away even as sales slide

Why is that not happening?

Even more important in terms of seeing where we are on the curve of the housing-bubble wave, real estate sales in some of the most robust markets, such as Seattle, have actually started to see decline: (Seattle was one of the slowest areas to decline during the last housing market collapse, one of the areas that fell the least during that collapse, and was one of the areas that was first to recover. So, if real-estate sales in Seattle are declining during Seattle’s only good months of weather, what does that say as a bellwether for the rest of the nation?)

Home buyers around many parts of Washington state had more choices and less competition during June, prompting some industry leaders to comment on “a feeling of change in the market.” “Inventory is up and demand has dropped,” reported Robert Wasser, an officer with the board of directors at Northwest Multiple Listing Service. That combination is “a pretty simple economic recipe for a softening market,” he added. Figures for June show a 5.2 percent improvement in the number of active listings system-wide, coupled with drops in the volume of pending sales (down 8.4 percent) and closed sales (down .07 percent) compared with a year ago…. “There was a feeling of change in the market this June and the numbers supported that feeling,” remarked John Deely, principal managing broker at Coldwell Banker Bain. He noted many brokers also reported an increase in properties going past their offer review date, more price reductions…. “Sellers are becoming more active in the market as they sense buyers pulling back,” suggested George Moorhead, designated broker and owner at Bentley Properties. Improving supply, a marked increase in expired or cancelled listings, and market times almost doubling are factors he mentioned when describing the market as “more than just lackluster” with summer showing no sign of improvement. (Northwest Multiple Listing Service)

That is a tidal shift in the real-estate market because Seattle has been consistently one of the nation’s most vibrant real-estate markets. Other parts of Western Washington also saw a drop in sales and some are seeing a drop in inventory. Most important of all for gauging where we are on housing wave, for the first time in years, the median price of a single-family home in King County (where Seattle is located) actually dropped (down 1.6%), though prices in other areas of the state are still rising in spite of declining sales. (Homeowners always exhibit a lot of inertia toward dropping their prices even when sales decline.) Pending sales region-wide are down 11% year on year.

Seattle-area realtors listed rising mortgage rates as being a key factor in the market’s decline as well as tightening by China against foreign investment, which had been an accelerant on the hot Seattle-area real-estate market. (Nationwide, mortgage applications plummeted 9% year-on-year in June.) Inventory appears to have risen in Washington partly because dying demand isn’t eating the skinny inventory up and partly because some owners are starting to realize demand is retreating, so their opportunity to sell at a peak price is fading away. That appears to be causing homeowners to quickly put their homes on the market in order to capture peak pricing.

Builders nationwide complain of being “burdened by rising construction material costs.” That is due to tariffs imposed by Trump on Canadian lumber imports over a year ago — the first Trump tariffs to go into effect. Those rising construction costs are forcing housing prices up at the same time that thin supply is driving prices up and at the same time that rising interest rates are driving the effective price of home ownership up. It’s a perfect storm of events rising against the housing market.

The housing market collapse is now

The whole market feels like it is in the summer doldrums even though summer is never a time of doldrums for real estate. That’s a sure tell. Summer is always the most energized time for building and buying and selling homes, especially in the otherwise rainy Northwest! Moreover, the above tales of a declining market are coming from numerous big real-estate agents, who always talk markets up; and the Northwest is consistently one of the nation’s hottest markets.

Such a broadly perceptible and admitted sagging sensation during the perennial peak buying period of the year is proof that the entire market landscape is starting to slide away.

Housing, as I’ve maintained for a year, is going down. The next housing market collapse is here. This is EXACTLY what the first stage of a housing collapse feels like.

I Know What the Economy Did Last Summer Part 2: The Real Estate Rollover