Home » Uncategorized » Knock-on Effects Knock out Economy Like Dominoes
« Central Banks All-in on Cashless Cash
Miles Taylor, Deep-State Throat for The New York Times, Comes Out of the Closet Like a Halloween Skeleton » 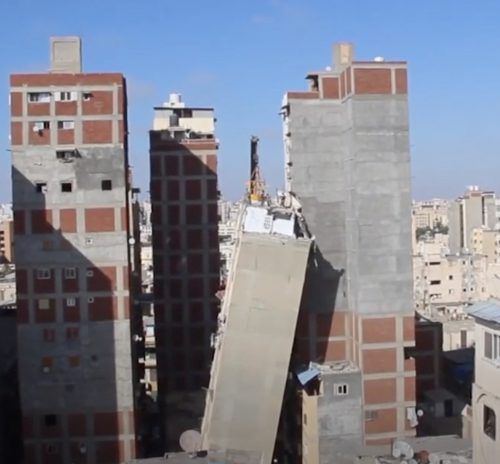 The major knock-on effects of the COVID shutdown are now starting to stack against each other, pushing city centers into the dust. Here are some of the big moves that are as characteristic of the US as they are of the world overall.

Offices are closing all over town — all over almost every town. Remote work has seized the day along with continued levels of unemployment that are historically beyond anything the living have ever experienced (unless you’re as old as COVID Joe).

While the turning of offices into ghost towns is not a new knock-on effect, the resurgence of COVID-19 that is taking some states and some nations back into lockdown as Halloween approaches has cinched the end times for many office buildings that will now be converted into housing for the homeless in cities filled with smoke where you can love the smell of tear gas in the morning.

The virus pandemic has accelerated more flexible work options for employees, with many companies instructing employees to work remotely through 2021, or in some cases, permanently. As a result, according to a new survey, CEOs have said they will slash office space, a move that could ripple through commercial real estate markets, all the way down into local economies….

The prolonged economic downturn and persistent virus pandemic are whipping up a perfect storm where companies must reduce their corporate footprint.

As I’ve said about the dynamics since the Retail Apocalypse started to unfold a few years ago, Zero Hedge concurs:

The scale-back of corporate space because of remote working will also damage local economies that surround business districts. This will be a mass hit to gas stations, restaurants, and other shops, who depend on commuters, will see less and less traffic for the next few years.

You can understand why businesses will be vacating their leases when you look at how they have already vacated their offices in big cities that have destroyed rational thinking, peace and security in exchange for expending all their efforts to justify and protect riots:

Their citizens are voting with their feet and getting out of town. As a point of perspective, that amount of office space already vacant in SF is equal to nine of the tallest buildings in SF being completely empty:

That is like someone dropped a MOAB in the center of San Francisco.

Of course, this is taking commercial mortgage-backed securities into the tranches. And we love those MBSs. Having experienced the ear-drum-busting collapse their defaults can trigger during the Great Recession, we made sure to pile new ones even higher so they can collapse all over again. This time is different, I’m sure. Although, if it is different, why is the following collapse already building momentum:

(Only the cued-up part of the video with Christie Ai applies.)

Anyone see a real problem forming here? (Apparently stock traders didn’t because, true to their current zombie intellects, traders kept taking the market up all summer as if nothing bad was developing all around them. So, now they are facing an ugly surprise as the Narcan of economic reality knocks down their high. Get ready for the October surprise that should have surprised no one because I wrote it was likely coming months ago.)

The bond crisis is historic in scale because it is the first time we have seen so many bonds trading for pennies on the dollars in bankruptcies, and that is not because of COVID, though COVID triggered the crisis. It is because the Fed (and other central banks around the world) implemented policies that created a zombie apocalypse of companies that do not have enough earnings to service their debts.

That, of course, is one of the major dangers I’ve devoted years to on this blog. In order to create truly toxic chemistry, the Fed also encouraged bond holders to accept bonds that were “covenant lite,” meaning they did not offer the first-place position in a bankruptcy situation that bond holders traditionally held, which is what used to make bonds the safe asset for troubled times. Not any more.

Reach for yield in central-bank-spawned bottom-feeder bond markets enticed investors into depths to which they should have never gone.

We have moved from losing companies and losing office space to the risk of now also losing the physical infrastructure that helps connect businesses as hundreds of airports around the world face bankruptcy. Again what is already true in Europe is starting to emerge in the US:

ACI Europe airports association warns that 193 airports are at risk of insolvency in the coming months if passenger traffic does not start to recover from the coronavirus shock.

While the airports facing insolvency are mainly smaller regional hubs, their closure may have a ripple effect on economies and lead to “the collapse of a significant part” of the European air transport system, according to Airports Council International Europe (ACI).

Larger airports are not immune to the impact of the coronavirus pandemic, which pushed passenger traffic down by 73 percent in September alone….

“The figures published today paint a dramatically bleak picture. 8 months into the crisis, all of Europe’s airports are burning through cash to remain open, with revenues far from covering the costs of operations, let alone capital costs,” Olivier Jankovec, the director general of ACI Europe, said.

The knock-on effects for all European businesses look just as bleak:

More than 50 percent of small and medium-sized businesses (SMEs) operating in Europe’s top-five economic powerhouses fear they will have to close in 12 months as they’re struggling to stay afloat amid the coronavirus crisis.

The United Nations (UN) has released figures on the devastating impact of Covid-19 on global tourism, warning that the outbreak may cost the troubled sector $1.2 trillion in losses and put 120 million tourism jobs at risk….

As one in 10 people on Earth work in the tourism sector, the unprecedented crisis threatens the wellbeing of millions, the organization warned.

With that kind of destruction at the center of the world’s cosmopolitan cities, you can no longer smell the grease paint or hear the roar of the crowds on Broadway anymore. The world’s greatest theaters are mostly empty. The world’s greatest stores are increasingly boarded up to protect them from violence that returns through the revolving doors of liberal justice that these cities have chosen for themselves.

Quite simply, why would anyone want to live there anymore?

It is no wonder that food lines in New York now look like this:

According to Fox News in NYC, more than one-million New Yorkers are now experiencing food insecurity.

The whole global economy — US fully included — looks like this:

Actually, it looks like multiple large structures leaning into each other all the way across town … in all the major cities on earth. I just can’t find a photo of domino-like destruction that looks that bad. The only “V” in this recovery is an upside-down one that represents the silhouette of skyscrapers leaning into each other. (And, yet, stock traders thought it was a wise time to bet up stocks in hopes of a bright future. More on that pedal-to-the-metal stupidity soon.)