More on the Market’s Mania 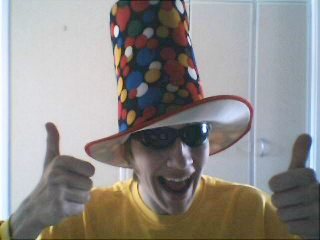 Just a collection of market miscellaneous that continues to demonstrate how out-of-whack this market is with all reality.

BofA notes that “we have already eclipsed the prior record in equity issuance from the dot-com bubble and we note that after the last two peaks, S&P 500 PE multiples dropped….” At the same time, for the past two years, the number of unprofitable IPOs has hovered near 80%. This means that “US investors have not been asked to buy this many new, unprofitable companies since the year 2000.“

“Sometimes They Ring A Bell At The Top“

In a move that can only be described as extremely overdue, the Securities and Exchange Commission (remember them? they used to regulate the farce that is US capital markets) may actually get back to doing their job. The regulator announced on Tuesday that it is going to “give more power to its enforcement staff to launch investigations,” according to the Wall Street Journal.

The timing couldn’t be better: the stock “market” has completely detached itself from even the faintest semblance of economic reality, fraudulent companies are running amok and investor appetite for speculation – and in the case of new Robinhood traders, blind speculation – has never been higher.

During the summer of last year, the real-estate investing legend [Mike Zell] … said he believes the economy has been deeply scarred by this experience, and is in far worse shape than it appears. And, judging by his comments during an interview with CNBC this morning, his opinion hasn’t changed….

Reflecting on the recent GameStop debacle (and ongoing micro-cap and biotech and now cannabis stock euphoria), Zell warns: “There’s no reality attached to that, and so it’s just pure speculation.… I think this is very negative for the stock market…. It’s just creating and perpetuating just an incredible sense of disbelief and ‘can you top this…?’ This is rampant speculation again, very much like the dot-com boom.…

“The Fed has turned parts of the U.S. equity market into a game of musical chairs…. Everybody knows there’s going to be one less chair when the music stops and 18-year-old mavens are betting they can get out before somebody else gets out.”

“Sam Zell Warns ‘There’s No Reality Attached’ To This Market“

A signal fire of warnings is under way…. For example, small caps are now at a record 40% extensions above their 200 day moving average and never before has the weekly chart seen such a steep disconnect from the weekly 50 moving average:

There is no market history, none, that doesn’t see an eventual reconnect with the weekly 50MA, the question of course is the when and where. The moving average is by definition moving and is now trending higher. Just a standard/basic reconnect at this time would constitute a market crash as prices are so historically extended. And be clear: Reconnects can take quite some time to happen, but it’s rare for it not to happen for more than a year.…

If that’s the hill you want to die on go ahead for all chart history shows extreme extensions don’t last. Rebalancing will come and the severity of the rebalance is also driven by the extreme of the previous disconnect.

Never have we seen markets this disconnected from the economy:

Despite all this liquidity this market is behaving in a curious way. It is repeating the same behavior as it did last year before the crash. Except this year it is even more valued and more disconnected from technicals and fundamentals.

That doesn’t say when it’s going to crack, but, as Sven says, the further out of wack it gets, the harder it eventually has to break when it does.