Home » Economic News » Nuclear Iran not to be feared as much as Islamic Iran, says Ayatollah Khamenei
« Economic News Articles in The Great Recession Blog, week of 07/08/2012
Israel-Iran war: When will Israel attack Iran? When will America? (2012 Predictions) »

Nuclear Iran not to be feared as much as Islamic Iran, says Ayatollah Khamenei

This revealing article about the threat of a nuclear Iran is sourced directly from Iran’s own FARS news agency, quoting Iran’s “Supreme Leader” as to what the West must fear. While it was part of my recap of the weekly news, I felt the quotes from Ayatollah Khamenei divulge intentions that should not remain buried in a broader article, but should be elaborated on. 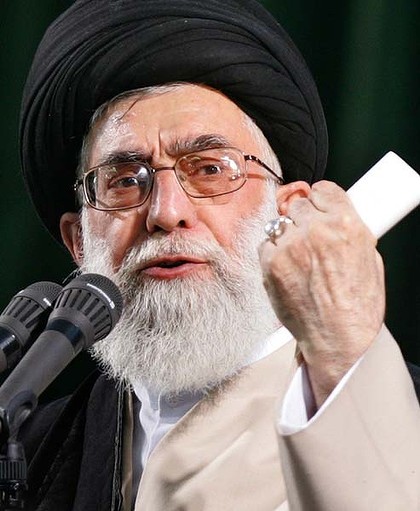 Will sanctions against Iran’s nuclear program have any affect?

Not according to nuclear Iran’s top religious and political leader. Ayatollah Khamenei stepped up his rhetoric last week, stating that the U.S. has inoculated Iran against any affect from sanctions over the Iranian nuclear crisis by doling so much hardship to Iran in the past. The U.S., he claimed, has seasoned Iran’s people to where they can and will endure any hardships brought against Iran over its nuclear program. (See “Khamenei dismisses sanctions, says Iran strong,” The Jerusalem Post.)

The ayatollah’s rebuff not withstanding, the U.S.-led sanctions against a nuclear Iran have holes in them big enough to navigate a supertanker through. Under the present oil sanctions, Iran is allowed to sell more than half the volume of oil it once sold. It also continues to trade in gold since it has been cut out of the financial markets by SWIFT. (See: “Oil sanctions against Iran will not be enough,” The Washington Post and “What’s Iran doing with Turkish gold?” Financial Times. For this article, though, I am focusing solely on the words of the Ayatollah, himself.)

So, while it is experiencing greater hardship, Iran is by no means under a siege that will starve it into submission. Imagine surrounding an ancient walled city, but allowing sixty percent of its commerce to continue to come and go through the city gates. Is that going to starve the city into surrender? Not for a very long time. With a battle-hardened public, the Iran nuclear crisis is not going to end over the loss of forty-percent of its oil commerce.

Iran is, by all reports, now enriching uranium faster than ever, and the only side to have scaled back slightly on its demands is the West, being willing now to allow some enrichment.

But the Ayatollah’s retort to the latest sanctions pales compared to what he says that is not aimed at Western consumption.

Ayatollah says the Iranian nuclear crisis is not about a nuclear Iran, but about an Islamic Iran

The Ayatollah is determined to make the nuclear conflict with Iran about Islam. From the tomb of the Islamic Revolution’s founder, he said…

The leaders of the Zionist regime are well aware that they are more vulnerable today than any other time and that every misstep and every inappropriate move will strike them like a thunderbolt…. The efforts made by the political communities of the world to magnify the threat posed by a nuclear Iran are based on nothing but a lie because they are afraid of an Islamic Iran, not a nuclear Iran. (FARS: “Supreme Leader Warns Enemies against Military Action“)

His argument to his own people is that the West is concerned about Iran nuclear weapons solely because Iran is solidly Muslim, and the West fears Islam. Moreover, he says we ought to be afraid of Iran specifically because it is Muslim:

What the enemies of Iran fear, and must fear, is not a nuclear Iran but the Islamic Iran. (FARS: “Enemies Fearing Islamic Identity of Iran“)

The Ayatollah is not just saying that the West is is xenophobic and, therefore, fears Islam. He states that the West “must fear” an Islamic Iran. The Supreme Cleric, himself, is saying the basis for fearing Iran should be that Iran is Islamic, but why “must” we fear an Islamic Iran if its intentions are peaceful or if it is militarily harmless? It is only if “Islamic Iran” gains nuclear weapons that it becomes a force in this world that we will have to fear. That is what Khamenei wants to see — a West that “must fear” Iran. In talking about Iran’s nuclear program, he makes it clear that he is tired of Iran being pushed around, but his words become even more clear in this regard. 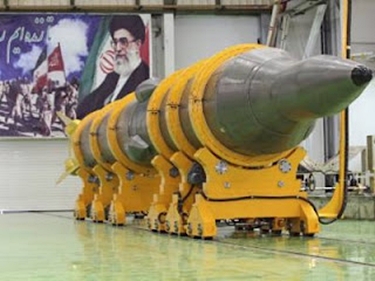 Ayatollah Khamenei added that when the Iranian nation achieves “the peaks of progress, the enmities and malevolent hostilities will stop.” Unless the “peaks of progress” he envisions are the potent nuclear tips of missiles, it is hard to imagine what progress he imagines will silence the West. Does it make any sense to think Iran’s highest religious leader believes those “enmities” he perceives from the West and Israel against Iran will stop because Iran acquires the best cancer medicine?

In context he was talking about technological progress that must continue in Iran. What technological progress would stop the Western malevolence from hostile acts toward Iran? I can think of only one area of technology powerful enough to do that. Nevertheless, I’ll let the Supreme Leader clarify what he means by “progress” with his own words from this same article:

So, the “peaks of progress” in the context of his speech would be political, military, and security gains that come from technological advancement. Those are three of the four https://www.health-canada-pharmacy.com main areas where he sees progress as “most important.” And what would be a more definitive peak for all three of those areas than a nuclear weapon? Is that not the peak of military prowess anywhere in the world and the guarantor of political cache in negotiations with the West? Is it not the peak of security as a deterrent? Such a technological achievement would be the ultimate empowerment of an Islamic government that, according to the Ayatollah, should be feared because it is Islamic. 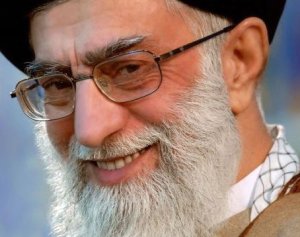 How much is nuclear Iran just rattling its scimitars?

Of course, the Ayatollah cannot make his case for his people to endure by directly claiming Iran’s nuclear program is about nuclear weapons. Many of his people would love that kind of empowerment over the West, which they feel has oppressed them, but the world would jump on Iran with even tougher sanctions. So, he speaks in a barely veiled manner to ignite such hopes as he makes his case for perseverance to his people. He knows they will endure sanctions if they perceive their cherished religious beliefs are under attack. For Islam, they will make sacrifices.

So, on the one hand, you can make a case that the Ayatollah hopes to make this a conflict about Islam in order to get his people to withstand the sanctions. Certainly that case would be right in part, but that conclusion begs the question. Why would Khamenei want the Iranian people to endure sanctions in the first place if he does not intend to deliver the power that he promises this conflict will bring about? Khamenei’s case to his people for staying in this crisis was solely that it will bring about the empowerment of Islamic Iran. Nowhere in his case to the people did he talk about the medical benefits they would enjoy if they hang in there through sanctions.

Khamenei claims to the Western world that he is pursuing nuclear medicine. If the medical benefits of the Iranian nuclear crisis are not worth this conflict to the people of Iran (such that he does not even mention them), why would they be worth it to Khamenei? Rather than promoting medicine, his case to his people overtly threatens Israel and the West. He ties his hopes to power over these “enemies” to the technological hopes Iran is pursuing. Why go through the exercise with the risk it brings to your own leadership if you have no intent of delivering the prize of empowerment you are promising?

The very act of entering talks affords the opportunity to display Iran as powerful. It creates an opportunity to show to his people that Iran is not afraid and will not back down. So, that is empowering, but it means if you do back down, all empowerment is lost. It is also nowhere near as empowering as a nuclear warhead. By stating empowerment as his objective, Khamenei needs to deliver the goods. If the Iran crisis does not end in nuclear empowerment, what has all of this bought the Supreme Cleric in the end but a lot of headaches in trying to get his people to hang in there with him? So, the other case that can be made is that all of Khamenei’s words to his own people make it clear that empowerment of the Islamic Republic and defeat of the West and Israel are the prize to be had here.

Last week we learned Iran has made significant strides toward ICBMs capable of striking the U.S., according to the U.S. Secretary of Defense, Leon Panetta. If Iran is not pursuing nuclear weapons, why is it spending money developing intercontinental ballistic missiles as Panetta seems to think it is doing? It already has missiles capable of attacing Israel. Would Iran launch a missile with a conventional warhead across the world and risk nuclear counter-attack before its missile even hits … just with the hope of knocking out the White House? It’s possible Iran would intend such missiles for conventional warheads, but not likely, given that U.S. policy has long been “assured mutual destruction.” The U.S. is not likely to wait until an ICBM hits in order to see if it is nuclear before launching a nuclear response.

Does Iran have any reason to not want nuclear warheads if it can find a way to sneak through enough material to make one now that it has the technology? It is paying the price for doing so whether it is trying to get them or not. Why antagonize the world and endure sanctions and not get the prize? Just for nuclear medicine?

That’s a a hard pill to swallow.

For broader information about the Iran nuclear crisis read the following: