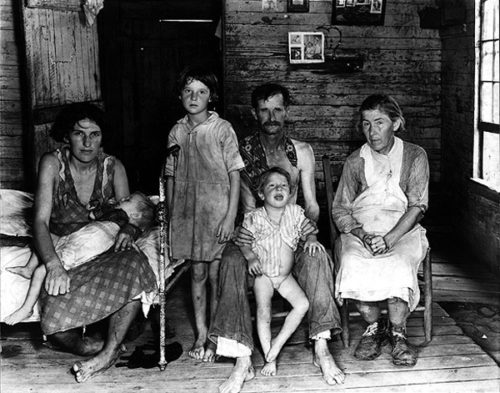 The Fed’s surprise pivot away from any interest rate increases this year has boosted prices of stocks, high yield bonds and other risky assets in spite of nagging investor concerns about slowing global economic growth….. The quandary for the Fed is that easy monetary policy seems more effective in spurring asset values than it does in boosting prices of goods and services. The S&P 500 Index rose by an average 8.5 percent from 2014 through 2018, while the personal consumption expenditures price index increased 1.3 percent, well below the Fed’s 2 inflation target.”

But of course. We’ve been entrenched in a supply-side economy since the Reagan years, and the suppliers are the rich side. So, feeding the supply side of the economy creates richer rich people, not richer poor people. It leaves the poor people more dependent upon the rich for income opportunities.

Increasing the ability of the supply side does not increase demand; so, it does not and cannot create a healthy, balanced economy. I’ve argued for years that, if you want to create a sustainable economy, you take care of the demand side (the middle class and the poor) because they spend their tax savings on real things, not financial assets. That is why they are called the “demand side.” They create demand.

When they create demand, it is virtually guaranteed the rich will find or invent ways to fill that demand in order to get as much of that money from the middle class as possible. So, the money will always bubble up, but precious little of it will trickle down, as the rich have very fine filters to trap as much material as possible.

On the other hand, when you give the tax breaks to the supply side, such as the special capital gains tax rate that mostly benefits the extremely rich who make most of their money off of gains from asset trading, then it is certain the rich are going to concentrate their money making in precisely the area that requires the least amount of work and offers those low same tax rates on the next round of money they make. They’re going to make money gambling in the Wall Street casinos, producing nothing.

How the Fed factors in

To keep that money going, you need the Fed creating wads of it because it isn’t going to be coming from the increasingly strapped middle class that scarcely benefits from your supply-side tax policies. So, you need to create new money. This won’t create general inflation because the bulk of it keeps going around inside the casinos of Wall Street. It just creates asset inflation and maybe a little inflation in the price of high-end goods that are sold only to the rich like mansions, yachts, ball teams, etc.

You see, it is really no quandary at all. The Fed is fully engaged in the supply-side program. It gives all of its new money only to the richest of the rich where supply-side economics is creating a need for money — the bankers.

The downside is that the Reagan-promised factories don’t get built to create supply. (Therefore, it is not truly “supply-side economics.” It would more appropriately be called “financial-side economics.” That is why it must be fed by the Fed.) The factories don’t get built because the demand side is shrinking, and why would you build a factory to feed diminishing demand? That would be stupid. Think of the enormous headaches from every side involved in building a factory and the enormous amount of effort it takes. Why would you do that, knowing your income from the eventual factory if it ever succeeds will be taxed at a higher level than your income from just buying more stocks or bonds or real estate? Why would anyone do that?

Thus, the “supply-side” economy is grinding to a stall because it has no demand to sell into. The demand side has survived on expanding debt and is now tapped out. And that is why George H. W. Bush rightly called it “voodoo economics” until until Ronald Reagan supplied him with a shot at the vice presidency at which moment he became an instant convert to the dogma of supply-side economics.

So, here’s my big tip for economic growth

Put 99% of the soil and nutrition around the roots of 99% of the plants, instead of putting 99% around just 1%. See if that doesn’t get you a whole lot more bang for the buck and more sustainable robust growth everywhere … and see if the rich don’t find their way to plenty of that money anyway.

You see, Reagan was right that tax cuts, especially when taxes were confiscatory, create economic growth; but where you give the cuts determines where you get the growth. Give them to the supply side, and you feed the top 10%, at best, with the biggest benefit going to the top 1%.

Surely, I don’t need to quote you statistics or show you graphs on how that played out over the past 35 years. You’ve likely seen them many times. Follow the money and it is easy to see why the economy and society have shifted in such a lopsided manner. The only way to right that is to change the fundamental wrong that began in the Reagan years, which is when real middle-class wages stagnated for all years to come.

If you’re in the 1%, you love voodoo economics. It has served you better than anything you ever knew prior to that. If you’re not, why do you still support it (if you do)? Just living the delusion that someday you’ll be rich, too, and when you get there you want to hold on to it? Well, you’re not going to get there by the supply-side path. That’s an illusion held out to the middle class to get them to keep voting supply-side; but a demand-side shift in all tax breaks could give you a little nugget to start something with and to build your way there. That’s where the real jobs and real innovations are created by the little guy or gal building his or her path to the top.

Are you going to do something to beat the establishment or let them pillage you for the rest of your life? (Hopefully, you are doing something, and I’m just preachin’ to the choir. In which case, I hope you enjoyed the supportive words to your actions!)