An Open Letter to President Trump on Tax Reform 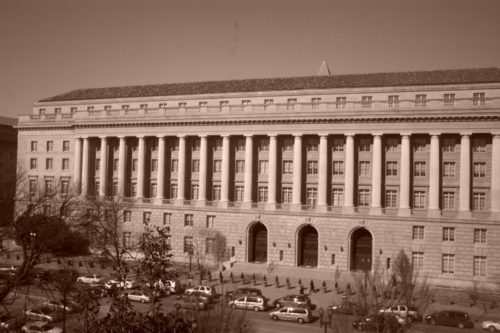 If the @realPresident wants #realTaxReform, he should forget about trying to redesign the albatross, and go for a change so big that it’s completely transformative. Pursue a change that the swamp will have an epileptic seizure over. It’s bold, and it’s simple if you have the guts to keep it simple. It’s great.

My letter to the president:

As someone who writes regularly on economics for numerous alternative web sites, I would like to recommend a radical tax plan that really would move mountains, drain the swamp, and boost the morale of Americans everywhere:

For many decades the nation ran without an income tax, and there is no reason it cannot do that again by switching to a national retail sales tax. Forget complicated value-added taxes (the typical government way of overcomplicating everything), and just tax the end sale of every product and service. That would give all Americans control over how much tax they pay by choosing how much of their income they will spend versus how much they will save or invest. It boosts investment more than a capital gains tax break because income spent on investments doesn’t get taxed (investments are not retail sales).

To overcome Democrat objections that sales tax is too regressive, make the sales tax as progressive as you want: 1) You can, for example, decide not to tax essential purchases, such as groceries, medicine, and the first thousand dollars of rent; 2) Or you could cut a check to every American adult each year for the amount of sales tax that the typical poor adult would pay in a year (adjusting the tax rate to compensate the government for those checks).

That would mean that everyone might, for example, receive an annual $1,500 check, whether rich or poor. For the poor, it’s a full tax refund; for the rich all it means is that someone who paid $100,000 in sales tax actually paid out a net $98,500. (Big deal.) The advantage of cutting a check to everyone is that it’s simple. Do it at Christmas time, and turn it into a Christmas economic boost, or do it in January to offset the post-Christmas lull.

It can even be so progressive that it has some built-in welfare by giving the poor a check for slightly more than they pay in sales tax. The point is not how progressive it should be but that the argument that says sales tax is inherently regressive is entirely bogus. It is as progressive or as regressive as you choose to make it.

There are many beauties to this change:

1) IT REALLY DRAINS THE SWAMP. A huge part of the swamp is in Washington specifically to fight for loopholes and credits, which income tax is highly prone to. Sales tax has little room for loopholes or credits because it’s collected at the point of sale where no one has time to run special calculations for deductions.

2) It hugely diminishes the size and ugliness of the IRS, a legacy for which most of the US would praise you for decades to come. Most people hate the IRS because income is hugely personal, so income tax is hugely intrusive. They hate the IRS because figuring out your taxes is so complex you have to pay someone just to tell you now much you owe the government, and the tax documents that are supposed to tell you now to do it yourself are practically unreadable. Income tax is tedious and frustrating, and people hate to pay someone just to tell them how much they owe the government because they cannot trust the government to figure the complexities out in their best interest.

3) Sales tax is also harder to cheat on because of the fact that it does not depend on the person who is paying the tax to report it but on the person who is selling the goods or services, who simply passes it through; and the collection is based on gross receipts, not on thousands of complex calculations. Because it’s harder to cheat on, it does not require a massive IRS, allowing you to cut a major hated part of government.

It could be done if @realDonaldTrump wants #realTaxReform. The nation thrived for generations on excise tax. Income tax is a modern anomaly, a controversial experiment in amending the constitution that almost everyone has hated ever since. Even liberals hire attorneys to help them figure out how to avoid paying as much of their favorite “progressive” tax as they can, and often wind up paying less than their secretaries. (Ask Warren.) So much for “progressive.”

So, it CAN be done. What will stop it from being done is that congress loves to have its hand on every button of the economy in order to centrally manage and manipulate the economy. Congress doesn’t trust free markets to be as smart as congress thinks it is. Income tax gives congress indirect controls over every part of the economy, allowing congress to influence how money is spent, saved or invested and how it gets redistributed with its system of whips and incentives. Sales tax strips the control away from congress and puts it back in the marketplace, vested in each individual.