Home » Uncategorized » Stocks Got Trumped then Dumped then Rose Again Like Phoenix Rose for the Dems out of Republican Ashes
« They say, “Peace, Peace” When There is No Peace.
TROJAN TRUMP: I Would Have Voted for Trump if he had Done Anything to Bring Down the Deep State » 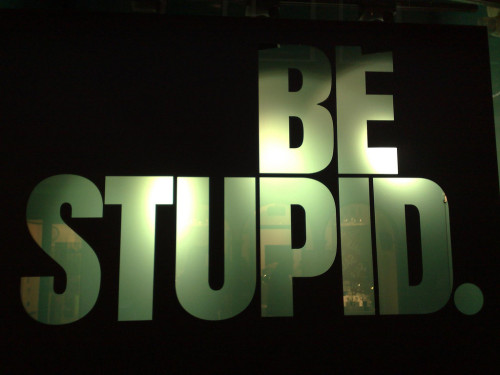 Election night and the day that followed became one more exhibition of irrational exuberance in the stock market and an omen of chaos to come.

Early on election night in the US, stock futures soared as soon as it looked to many investors like Donald Trump would have a clear claim to a second term as US president. The conservative, Republican-leaning Fox network and liberal CNN both showed Biden ahead in vital swing states that could not be projected for one candidate or the other because too many votes remained to be counted. However, because the ballots that had been counted in several of those states leaned strongly toward Trump, testosterone-driven bulls stampeded prices up in the futures market.

The blindly optimistic market leaped to the conclusion the uncounted numbers would not come in sufficiently in favor of Biden to tip the numbers away from Trump. Even after Biden gave a speech saying it looked like he was going to win, but we’d all have to wait to see how the remaining count came in, the bulls continued to take stock futures up, as if a Trump victory remained a clear given.

A rocket ride to nowhere

Fox and CNN, however, continued to state the mail-in votes that were still arriving and the major metropolitan cities that still had a lot of ballots to finish counting would all continue to move strongly for Biden. Eager investors chose the fantasy they wanted to believe over the reality all the networks were claiming was most likely. In the very least, investors should have been able to see that anything was far from certain.

The rocket ride in futures exploded so quickly on pent-up optimism and a likely short squeeze that the NASDAQ hit a circuit breaker at a 4% gain, which suspended futures trading for a couple of minutes. The eruption upward suggested pressure relief in the market based on hope the US would not have a contested election, even though that was rapidly becoming the least-likely scenario.

The rise in futures also meant, Bloomberg claimed, that a Democratic panel that was proposing to break up tech giants might not have a clear path to success. It meant Biden tax increases just became less likely while a new Trump tax cut became more likely, and it meant things can go on for the market as they have.

I thought the market was delirious: This could easily flip on its head by morning, I thought. How much are these traders drinking on election night? Can’t they foresee the obvious — that President Trump is going to contest the election, even if he is ahead? This is exactly the chemistry for chaos. It won’t even take Trump until morning to make that clear.

Sure enough: Within an hour of the market’s leap, Trump went on television in the wee hours of the morning to make a big pre-emptive victory speech to the sounds of “Hail to the Chief.” Even while claiming the victory, he promised immediate legal action: “Millions and millions of people voted for us tonight, and a very sad group of people is trying to disenfranchise that group of people, and we won’t stand for it…. They knew they couldn’t win, so they said, ‘Let’s go to court.’ This is a fraud on the American public…. Frankly we did win this election…. This is a major fraud on our nation…. So, we’ll be going to the US supreme court. We want all voting to stop. We don’t want them to find any ballots at 4:00 in the morning and add them to the list.”

Just as I expected, sudden clarification that the election most certainly will be contested in every way thumped investors on the head and caused the NASDAQ and S&P futures to plummet by half and Dow futures to fall almost 500 points. The Dow futures eventually recovered to a slightly negative position as of 4:20 AM EST. All indices fell as quickly as they had risen. So much for how smart the market was.

Phoenix rises for the Democrat

I went to bed at that point wondering, How can any rational person believe this election is going to deliver anything other than total chaos? Democrat and Republican voters have already been squaring off in the streets for weeks. Yet, as I went to bed early in the morning, the futures market was trying to float upward again, even news that one of the key swing states, Wisconsin, had just flipped a 109,000-vote lead for Trump into an 8,000-vote lead for Biden exactly as the networks had been saying was possible.

Maricopa County, AZ, where the Republican stronghold of Phoenix is located, was being declared by both Fox and CNN as in favor of Biden and likely to remain that way, tipping Arizona to the Dems in a once-unimaginable defeat for the Donald. Trump, of course, was already contending this declaration of what was likely to happen.

Did that change my opinion about what is coming for the market? Nope. Not in the slightest. I thought the market was drunk from too much election night partying. The networks now showed both Wisconsin and Michigan had already flipped for Biden while Goldwater’s and McCain’s Arizona fortress remained strongly in Biden’s camp. There remained no question in my mind at all that days of chaos certainly lie ahead.

And, now, as I am finishing this article, hours after having written most of the above, the Trump campaign announced it will seek a recount in Wisconsin. Though Wisconsin has given the Biden camp a 0.6% point lead over Trump’s count with only a few hundred votes still to come in, so long as the race remains within 1%, the losing candidate can force a recount.

As I had expected, President Donald Trump’s campaign manager Bill Stepien just said, “The President is well within the threshold to request a recount, and we will immediately do so.”

This is what we are certainly going to see with several of the narrowly divided states in the days ahead. The big test for the market will assail it day after day as violence breaks out on the streets for weeks to come. Will the market’s insanity hold and pretend all is fine in the world even as everything burns into ashes around it?

Trump has made it clear he is not going to let victory slip through his fingers without a tenacious battle, no matter what division that brings to America. He’s already making up false claims of fraud. He tweeted this morning without any evidence that victory is being stolen from him just because the remaining count isn’t going his way. Almost everyone knew the late numbers wouldn’t. The market is foolish to think this is going to settle easily or maybe even to think it will settle at all.

So, here we are where Trump gave his victory speech yet still promised to contest the election. Then a state where Trump was ahead by 109,000 votes flipped to become solidly for Biden. Then Michigan flipped, squeezing Trump into a narrow canyon of possibility. He is already claiming he is being ambushed in the canyon, and soon we’ll have Biden giving his victory speech.

The market, which rose on hope of a clear victory for Trump and greater likelihood of new tax cuts, has a lot of serious rethinking to do about any kind of certainty in the days and weeks ahead. Unless the market is going up because investors have decided they love Trumpian chaos and love violence tearing up America’s biggest cities, it has a lot of falling to do in the days and weeks ahead as reality grinds it back down. These election results virtually assure no stimulus package will be approved in the weeks ahead with Republicans and Democrats remaining entrenched in contested battles. Everything the market chose to believe overnight and this morning is likely to be stood on its head today and fought over intensely for weeks to come.

(This article was published originally on RT.com)