Home » Uncategorized » The Fed’s Final Bullet Hits ‘Em in the Foot
« The Drip, Drip, Drip of Recession
Reading the Next Recession: Will the Great Recession 2.0 become The Great Depression II? »

The Fed’s Final Bullet Hits ‘Em in the Foot 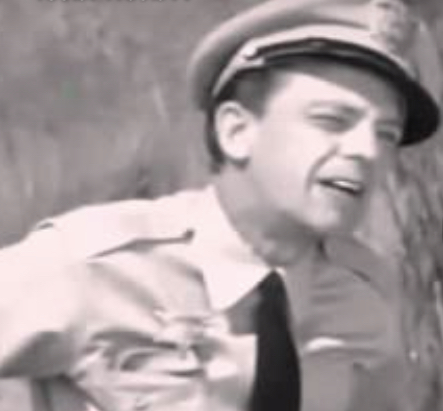 The Fed’s missteps and flip-flops this week tripped up multiple markets. After accidentally announcing their ammo is down to one last bullet against recession, can they be trusted to handle powerful weapons?

Given how the stock market is now trading on nothing but the Fed, it’s no surprise that its heart leaped instantly in the middle of the week when New York Fed President John Williams (a voting FOMC member) said the Fed should respond quickly to recessionary headwinds with its own rate cuts.

Obviously, investors couldn’t care less about drilling into why the Fed should need to respond so quickly any deeper than Williams statement that it should do this because the Fed has limited resources left with which to do anything! The market wouldn’t have shot up if it had any depth of thought.

One might think that admission by the Fed of being in a weak position would actually be concerning. One might think it would actually be alarming after Williams next words in which he estimated the new neutral rate for Fed funds would be somewhere around 0.5%, instead of the 2.25%-2.5% the Fed has currently targeted. If that’s the neutral rate, then setting the Fed’s interest target one notch above zero (their 0.25-0.5% range) in this reserve bank president’s view, will no longer have any stimulative effect. According to Williams, the Fed needs to drop immediately to the zero bound (0-0.25%) in order to fend off recessionary forces.

Again, what he said was any drop to a rate higher than the zero bound will provide no economic boost.

That means the Fed has only one bullet to fire

Williams sees a 0.5% Fed funds target as essential just to maintain the economy where it is. He further indicated this situation is bound to linger a long time. So, that gives the Fed just one shot (one interest-rate cut) to lift the economy without going into the twilight zone below the zero bound.

You don’t need to wait until things get so bad to have a dramatic series of rate cuts.

A “dramatic series of rate cuts” sounds like a second regional reserve bank president sees drastic action as being in order. It sounded that way to markets, too.

Yet, rather than being alarmed by this sudden revelation from two heavy-weight Fed movers and shakers, investors reacted as if saying, “Then recession be damned; free Fed money forever is coming!” Stocks temporarily jolted upward as if nothing could be better news!

Williams’ comments certainly underscore my message about the Fed’s next more-extreme course of action in the video interview I posted earlier this week: “The Recession is Now.”

However, before the end of the day, the Fed mustered its forces and scrambled to walk all of this back by saying Williams “was only talking academically” and not speaking about actual Fed policy. Uh huh. Sure. What? The Fed’s being almost out of ammunition for fighting recessions is just academic talk? Sounds almost primal to me. “No, he didn’t mean that,” other Fed members said.

The walk-back came, first, from the New York Fed’s official press spokesperson, who contradicted the New York Fed’s president because stock and bond markets got so excited over Williams’ statement that they immediately priced in an additional Fed rate cut, essentially demanding the Fed do what Williams just proclaimed, intensifying the Fed’s pressure to perform.

Then one of the Fed’s most dovish board members, James Bullard, president of the Federal Reserve Bank of St. Louis, added that he saw a 25 basis-point cut as appropriate. His statement was taken as “an attempt to clarify controversial remarks” by Williams’.

The Fed looked a bit like a three-ring circus of competing market jawboners. Plate spinners in each ring were running to the other rings to help keep the other guy’s plates in the air. Everyone noticed, even the President of the United States:

President Donald Trump on Friday kicked the Federal Reserve when it was down by highlighting a communications snafu featuring New York Fed President John Williams late Thursday afternoon…. “I like New York Fed President John Williams first statement much better than his second. His first statement is 100% correct in that the Fed ‘raised’ far too fast & too early. Also must stop with the crazy quantitative tightening….“

Ethan Harris, head of global economics research at Bank of America, called Williams’s remarks “Very bad communication…. The Fed leadership needs to recognize how powerful it is to be the last speakers before the blackout period. The market will give heavy weight to these comments,” he said.

One analyst, Bloomberg’s Cameron Crise, even suggested investors should be remunerated for any losses they took because of listening to this Fed misfire:

For NY Fed president Williams to talk about the need to ease early and hard in the event of a downturn — and with the Fed about to embark on an easing campaign in less than two weeks — was about as clear as policy signals get. It’s no wonder that the market- implied probability of a 50 basis-point cut this month jumped by 30% after the comments hit the tape. For the institution to then turn around and wave away the remarks as an academic exercise was as astonishing as it was inappropriate. Anyone who bought August Fed funds futures on those headlines and then stopped out at a loss is invited to file an expense claim with Liberty Street….

Don’t worry about this debacle, though. These are just the people in charge of global money supply. To me, it looked like Williams let slip the truth that the Fed has only one bullet left with a recession squarely in site, and the others jumped in to bury his slip. They may have been more afraid of what it might communicate about Fed impotence at this point than at what it might do to raise hopes too high on interest cuts.

People flounder about like that when they are desperate, but this Fed flip-flopping puts the Fed’s credibility at risk as is apparent by the responses others have made in the media. When you have only one bullet, you can’t afford a misfire. The world could lose confidence in whether or not Fed officials know what they are doing with their bullet — a bit like Barney Fife. You don’t dare risk losing confidence in a confidence game.

Maybe the Fed is down to one bullet because that is all we dare trust them with. Oh, well, it will only matter if they actually need to use it. Right?

On all other banking fronts around the world, JPMorgan said this week that it expects twelve central banks to move into full monetary easing mode within the next two months, and the ECB talked about moving from its “just under 2%” inflation target to a solid 3% target. Does that sound recessionary?

Gee, and that just takes us to the end of summer, still within the time frame I gave for a summer recession. I’ll note that central banks are not known for changing back to easing until after a recession begins. They are also not known for ever telling you one has begun until it is half over and too completely obvious to deny. In fact, they have sometimes been known to outright deny a recession is anywhere in sight, even when standing squarely in the middle of one.

Looks like Barney is going to need his bullet, and with the kind of money-effacing recession I think we have coming, he’d better hope it’s a silver one.