Two Years of Trump Tax Cuts: What did they get us? 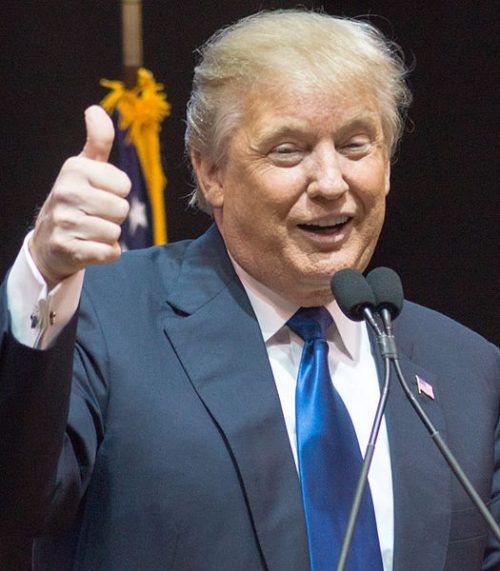 After two years of this third experiment with trickle-down economics via the Trump Tax Cuts, we should have enough data to get an unbiased, factual view of the results. The following is going to be a short-and-sweet stroll down memory lane in pictures.

The Trump Tax Cuts got us exactly the same GDP growth rate trend we’ve had for decades:

They got us exactly the same decline in corporate profits we already had. No improvement:

(I’m using before-tax profits because, of course, lower taxes, allow corporations to net more of their declining profits in their after-tax earnings.)

However, even if you look at corporate profits after all the benefits of the Trump Tax Cuts, the picture is still one of continued decline:

And, while we were promised the tax cuts would entirely pay for themselves, they certainly have not:

But they certainly have moved the US government deeper into the annual deficit hole:

Then, why are stocks doing so well, if it is not for the Trump Tax Cuts?

Hope you enjoyed this little travelog down tax-cut lane for 2019. We shouldn’t have had to make this little experiment because we’ve gone this route twice before with Trickle-down Economics. We know by experience the tax cuts don’t pay for themselves, and all the graphs above go far enough back to show that they have not ever boosted the GDP growth trend line, and we always wind up with worse deficits during those periods.

They do fund stock buybacks however, and that is why the rich get richer, and the gap between the 1% and all the rest keeps widening.

What kind of tax cuts should we have done?

If you, as a big investor, could take your tax savings from this year and invest it back into stocks or bonds and pay only 15% tax on the gains or you could take that money and do the following, which would you do?

Kind of a no-brainer, isn’t it?

You’re not going to build a factory and create jobs in the US because of capital-gains tax cuts. You’re going to reinvest the money in stocks, bonds or other assets (art, homes, football teams, etc.) where the money-making is a whole lot easier because you also get to pay lower taxes on the money you do make! Capital-gains tax cuts are self-defeating. That is exactly what happened and why all the benefits went back into stocks and other assets … again!

Corporate tax cuts didn’t do any better than capital gains cuts. They didn’t go into capital expenditures to build better factories. They went into stock buybacks and dividends that went into stockholder’s pockets. They did nothing to make America great again. No new factories.

If you want the rich to stimulate the economy, then give all the tax breaks to the poor and middle class, and make the rich work to get their hands on any of that. Then they’ll build new factories in order to make products to sell to poor people who are not quite so poor and, so, are more able to afford to buy a few more shiny and needful things.

Make the rich work hard to get their hands on that money. They like money, so they will … if they have to. Don’t just give it in massive lumps to the banks as QE or in massive tax breaks in areas that benefit primarily the wealthy through no work of their own. Force them to build new factories or service companies to go after that money, and use the tax breaks to empower consumers to create more demand for the rich to mine.

If you don’t, it continues to be a great gig for some: