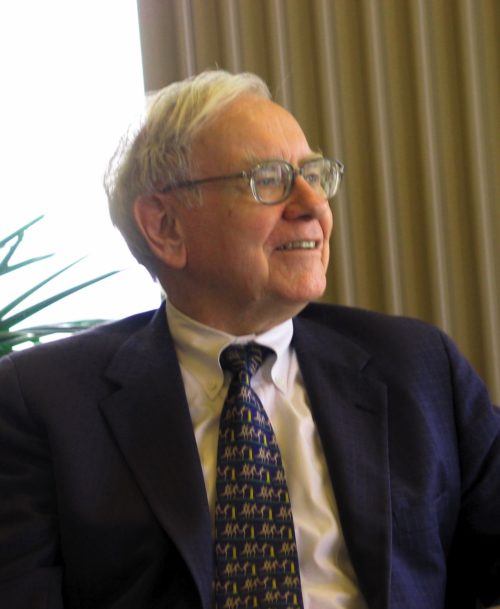 But it didn’t. Many thought, as did I, Warren Buffett likely set up the next leg down in this ongoing stock market crash. At the Berkshire Hathaway 2020 annual meeting, Buffett admitted that even oracles make big mistakes.

Berkshire Hathaway Falls Out of the Air

Getting back into airline stocks–something Buffett once promised he’d never do again–resulted in a hard landing for Berkshire’s first quarter.

Buffett once joked he would declare himself an “air-o-holic” if he ever invested in airlines again, but, in 2016, he jumped back in the cockpit.

Unsure now of where the industry will eventually land, the Berkshire pilot chose to eject once again:

The world has changed for the airlines. And I don’t know how it’s changed…. I don’t know if Americans have now changed their habits … because of the extended period [of coronavirus lockdown]…. I think there are certain industries … the airline industry among others … that are really hurt by a forced shutdown … far beyond our control…. It turned out I was wrong about that business….

Conducting a live-stream meeting from an empty room during the coronavirus lockdown, Buffett announced that Berkshire sold off Delta and Southwest Airlines shortly after the coronavirus shutdown of the transportation industry began.

Highlight: “The value of certain things have decreased,” Warren Buffett says. “Our airlines position was a mistake. Berkshire is worth less today because I took that position… There are other decisions like that.” #YFBuffett pic.twitter.com/W1ZqRzsfmv

All told, $6.5 billion worth of United, American, Southwest and Delta Airlines flew out the window.

The airline business — and I may be wrong and I hope I’m wrong — but I think it’s changed in a very major way.

Does Berkshire Set Up a Monday Morning Market Crash?

That’s the question I asked. Because of Buffett’s announcement that Berkshire Hathaway ultimately scrapped all of its airline stocks, I figured the transportation sector was virtually guaranteed a Monday morning massacre. Dow theory says falling transportation stocks lead the market down, and last weekend’s should have been another significant blow for the trannies.

I thought the stock market might take a nosedive right off the tarmac, though I am increasingly wary of thinking the stock market will ever show signs of intelligence again as it now ignores every single bit of bad new and celebrates ecstatically over the tiniest fibers of hope.

There was a bigger picture in play at Berkshire Hathaway than just Buffett ditching airlines. That, by itself, wouldn’t have done much. Buffett also reported an unrealized $50 billion Q1 loss. That, too, might not have been enough to shove stocks over the edge. However, surely Warren Buffett’s confirmation that Berkshire Hathaway isn’t buying any stocks at today’s prices should have moved the needle down.

We have not done anything because we haven’t seen anything that attractive to do.

Berkshire is hoarding a record $137 billion in cash, and the Great Warren Buffett says there is nothing out there worth buying. That should have clued other anxious investors into the reality that they would be better off staying in cash than moving back into stocks right now if they want to follow the great leader. Yet, they chose in mass to ignore their great guru.

Berkshire’s position says the recent stock market rally has taken shares back to being overvalued. So, Buffett, the heavyweight investor, is holding out for better bargains. It’s easy to see why Buffett doesn’t see anything worth buying when one looks at the “Buffet Indicator.”

Warren Buffet’s favorite gauge of whether stocks are overvalued has not come down in the present crash, but has shot up to record levels:

Warren Buffett’s preferred stock-market gauge hit a record high, signaling that stocks are overvalued and that a crash could be coming. The “Buffett indicator” divides the total value of publicly traded stocks by quarterly GDP. “It is probably the best single measure of where valuations stand at any given moment,” Buffett wrote in a Fortune magazine article in 2001. The famed investor and Berkshire Hathaway boss said it was “a very strong warning signal….” It has a strong track record of predicting downturns.

Buffett’s annual meeting comments show he doesn’t believe stocks have gotten down to any bargain prices. I doubt he even believes they are at reasonable prices. That he’s holding out indicates he believes the current rally is anything more than a bear-market bounce–a bull trap. But the bulls didn’t see it that way. They soared all week long after Buffett’s dour words.

Buffett implied the rally is due to the Fed reacting so quickly to the coronavirus pandemic. Berkshire Hathaway would have picked up stocks at the market’s winter low, but the speed of the Fed’s maneuvers took Buffet and Co. by surprise, sending stock prices back up before Berkshire could decide on what to buy.

When the Oracle of Omaha speaks, all investors listen. Well, they used to, but not any more. For decades, masses of investors have been guided by Berkshire Hathaway’s positions, and many were anxiously waiting to find out what Berkshire was up to as Buffett gave the annual report. When the information did not feed the bull narrative, however, they all ignored it entirely, and the market shot up at its next open and hardly looked back down all week.

Buffet even said that Berkshire’s own stocks don’t look like a bargain he wants to pick up right now. Apparently, he’ll wait until Berkshire’s value plummets before he’s willing to put any cash into buying back Berkshire Hathaway stocks.

I kind of thought Buffett’s announcement would help jigger Berkshire Hathaway stocks into a classic Buffett bargain on Monday.

Now really showing his age, the near 90-year-old said,

I don’t know the effect of shutting down our economy…. It hurts some of our businesses a lot.

That could have brought a zombie apocalypse to the stock market on Monday morning. After all, this was the oracle that had spoken.

Other significant forces are pushing the market into a stall besides the fact that America’s most famous and successful investor is sitting out the storm-namely. Trump started amping up his trade war with China again. That, too, has always been reason for the market to go down, and should be even more so now that the whole world is hurting for trade; but it didn’t. The market plunged at the open but recovered to essentially flat by the time it digested the news at the end of the day.

Trump’s talk of re-escalating the trade war makes as much sense when the US is hurting as badly as it is right now, as two men hanging from tree roots on the side of a cliff, each letting go of their root with one hand to fight the other. You may kill the other guy, but you certainly add to your likelihood of falling. Is it a battle we really need to fight at a time like this?

On top of that, Amazon had just popped the bubble that said tech stocks were unstoppable. Five leading techs were the only lift the market had. Jeff Bezos suggested investors sit down and buckle their seatbelts before he told them all Amazon profits would be going toward coronavirus costs. No profits ahead.

That didn’t the phase the market when he said it either. That the other four FAANGs are profitless now, too, also doesn’t matter. The market is flat-out ignoring ALL negative news and responding only to hopeful threads, no matter how unlikely the hope.

Amazon’s return to earth, as the biggest of all tech stocks, should have forewarned investors that the other high-tech companies can fall from the sky under the harsh reality of the coronacrisis, too. But it actually doesn’t matter if no companies on the NYSE make profits for the remainder of the year — not to stock market bulls anyway.

They are thinking with testosterone only.

It is fairly certain almost no companies will have any earnings this year. They will almost all operate at a loss, and it is reasonable to think many will not have profits next year. That doesn’t matter. The stock market doesn’t need profits anymore.

So, we are moving into that time when I said US corporations may soon become mere shell corporations traded as trillion-dollar chips on the NYSE or NASDAQ. It won’t even matter if they go bankrupt during the coronacrisis and cease to exist as operating businesses, so long as they remain as shells with a name that can be traded. Profits don’t matter at all anymore. The Oracle of Omaha is obsolete, and even Father Fed isn’t all that pertinent.

You see, it didn’t even matter to the stock market this week that the Fed backed down almost 90% on QE4ever, though QE continues at a level higher each month than QE3 ever delivered. So, there is less upward lift from QE than there was in April, but that didn’t matter either. The market closed the week strong.

We got a little buffeting on the market’s flight through the week, but that was all.

The Oracle of Omaha’s best advice for this journey:

I don’t believe anybody knows what the market is going to do tomorrow. Don’t bet on the stock market. Bet on America.

Because the stock market, as Buffett notes, can crash on any day.