Home » Economic Predictions » The Inevitability of Economic Collapse
« More Fake News: Media Contrived Photos to Diminish Trump’s Inauguration Crowd
Arguing Immigration with a Compassionate Liberal -or- How to Twist Your Head into a Pretzel »

The Inevitability of Economic Collapse 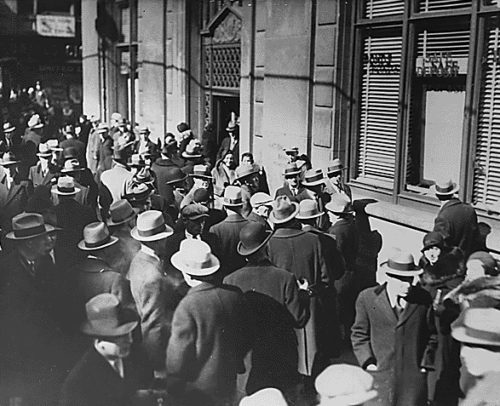 While I haven’t had the privilege of divine revelation, I do try to look at the forces that are in play that have the power to move nations economically. Two dominant countervailing forces right now are those who have George Soros nearly in tears — who make up the anti-global revolution — and then all the globalists like Soros who are panicking that their new world order is being shredded accompanied by all the raging anarchists that Soros can sponsor as his mercenaries.

There is some certainty here: globalists will not give up after decades of massaging and manipulating and cajoling the world in their pluralistic, globalist direction and so will wage battles everywhere they find people or candidates resisting their agenda. At the same time, those who are sick of globalism have risen up in Brexit and with Trump as their champion, and are not about to lie back down. So, conflict is certain for several years to come. That was an easy prediction for me to make earlier, and we’re seeing it play out daily now that Trump is in 0ffice as president.

Internal conflict tends to get in the way of commerce and so is likely to have economic impact. Within this milieu of daily conflict we have an economic structure in the US (and similarly in most of the rest of the world) that is so riddled with flaws that have not been fixed (and have even been made far worse) that it’s collapse is inevitable even without conflict knocking up against it.

That’s just domestically. Internationally, two of the oldest and largest banks in Europe keep teetering on the edge of collapse. All of Italy’s banks are structurally unsound because they continue to carry the bad debt from the 2008-2009 financial collapse because they cannot afford to write it off. Greece is still walking the fine edge of bankruptcy. Spain, Portugal and Ireland look marginal at best.

These are all problems that are major trends. They are also all structural economic flaws that existed prior to 2007 and that contributed to the economic collapse that started in 2007 and became known by 2008 as the Great Recession. Nothing (or, at best, very little) has been done about them. Nothing is even being talked about being done about them in any serious way. Therefore, nothing is going to be done about them. In fact, all of these flaws are worse today than they were in 2008!

That means they will continue to grow until they erupt in turmoil again. Exactly when I’m not as certain because the election changed things. Trumps stimulus plans on the national credit are so huge they are bound to create some temporary lift. So for the very short term Trump’s policies may boost the economy, but mid-term and longer, Trump and his cabinetful of bankster-barons are not going to be able to stop these numerous trends from crushing us. Trump has expressed no plans to solve any of these overwhelming structural flaws that are trending against us, some of which are past solving (like the national debt). It is questionable he and his cabinet even recognize many of these problems or believe they are important. So, the situation toward the latter part of this year looks worse socially and, in years to come, looks much worse financially and socially.

That is because, ultimately, Trumps short-term stimulus will make some of the items on this list worse. Huge tax breaks for the rich will give some temporary economic boost if they ever make it through congress, but they will also create much greater economic disparity as the cost. That means more political conflict as the gap between the rich and the poor widens more quickly than we’ve ever seen before. The boost, if it happens, will also come at the cost of much more national debt. If interest continues to rise, as it is doing now, that debt will not just be unpayable (as it already is) but will become unserviceable. So, the lon-term economic damage will be significant as it has been after all previous periods of trickle-down economics, marching us toward more debt and stagnation under the service of that debt, because service of the debt soaks up so much of our economic fuel.

As it turns out, the first major wave of the Epocalypse that I predicted for 2016 turned out to be political — a revolt against the establishment — rather than economic. Now, the counter-revolution has begun as liberals start fighting back. While I certainly don’t want the non-globalists to back down, you can be certain the globalist establishment isn’t about to back down either. Efforts will intensify on both sides as the pressures above continue to build unabated, making 2017 a year of intensifying battles while the economic time bomb keeps ticking away because no one is paying attention to these structural flaws. We’re too busy fighting over other things.

If anyone doesn’t think this is the Epocalypse, that’s only because they started thinking too certainly that it would happen in a particular way and didn’t note the caveats I gave along the way that said the exact order of events is unpredictable — that an election year could change the timing — but economic failure is assured, and the timing would not be long delayed.

My next article will look at the possibilities of when economic collapse will happen by examining the forces in the upcoming year (the headwinds) that are either certain or very likely to add pressure to this top-heavy structure with crumbling foundation.