How and Why My 2018 Economic Predictions Could be Way off 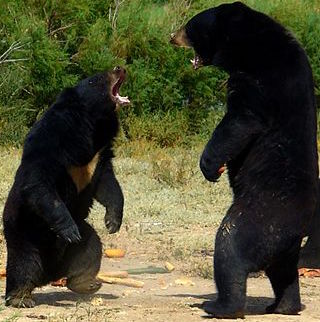 My 2018 economic predictions in my last article laid out how I believe the stock market’s (and general economy’s) natural collapse will time out if no surprise event (black swan) knocks the wind out of it before it fails due to its own diminishing monetary lift from the Trump Tax Cuts. These predictions are based on the trends I believe will prevail. There are, however, always countertrends, and it is good to be aware of them.

In the past eight years, the Fed has proven very likely to do almost as it promised. It predictably inflated money supply for a long, long time after telegraphing that it would do so. It reduced interest for a long, long time just as it promised it would. It tapered interest increases very patiently and slowly as it said it would, though it hinted it would do so long before it actually did. Still, when it finally started to sound definite about beginning the rate increases, it did start in that year (at its last meeting of the year). It ended QE when it said it would, although it didn’t end it quite in the manner many thought it meant. In other words, the Fed stopped creating new money to purchase bonds, but it continued reinvesting interest from the bonds that it kept holding, which meant some additional bond purchases — a major detail it hadn’t disclosed. Finally, the Fed is now reducing its balance sheet right when it said it would start doing that (albeit that appears to be happening in smaller amounts than it promised).

Overall, the Federal Reserve has been predictable at doing what it has said it will do. So, I take its statements about its unwind of quantitative easing as the first major trend shift that is a major difference between this year and ANY preceding year. Obviously, if the Federal Reserve doesn’t do what it says, one of the biggest trends my predictions are based on ceases to support my predictions; and, if the Fed reverses course and does the opposite (goes back to more QE), that would become a major countertrend to my predictions.

The biggest potential countertrend is the Trump Tax Cuts

While I’ve factored them in, I have no history by which to gauge their actual impact. If it weren’t cheating to change my 2017 bet that the economy would collapse by mid 2018, I might be inclined to give more time for an all-out economic collapse … now that I see the size and scope of tax cuts that Trump did get passed. Back in 2017, when Trump couldn’t even get Obamacare rescinded by Republicans who had almost all promised to destroy it, it wasn’t clear he could get tax cuts through either (since some Republicans might object to raising the debt — something they used to pretend to care about … not that I ever really believed them).

Another reason I’d be inclined to give my 2017 prediction of economic collapse more time is that those tax cuts happened months later than Trump’s original target of last August, which delays the timing of their initial beneficial impact. Clearly the benefits are front loaded as much as possible due to one-time foreign profit repatriation happening up front. I nevertheless, chose to keep my 2018 predictions pretty close to my earlier predictions, realizing I’m on tenuously held ground now. I will, of course, honor the deadline I promised in 2017 if things don’t play out as predicted, but my predictions for 2018 leaned toward economic collapse now showing up late in the year.

Clearly, the stock market is euphoric about Trump — more than I had foresight to see coming after years of Obama languor. The fact that his tax cuts became real certainly improves corporate after-tax profits, which greatly improves the price-earnings ratios that were looking extremely top-heavy. Many investors use those ratios to evaluate whether stocks are overpriced. However, the big improvement in P/E ratios has nothing to do with any improvement in sales or before-tax profits. It just improves the after-tax earnings that is the denominator in ratios. On the surface, however, the is now less reason for bullish investors to see P/E ratios as overpriced.

While I factored the Trump Tax Cuts into my 2018 predictions, I think there is a fair chance that I am still underestimating their impact. Their corporate focus makes them much different than either the Reagan or Bush tax cuts, so we have only theory to work from. If the Trump Tax Cuts amount to more money for investors to play with than I realize or if the Fed goes slower in its unwind than it has said it will do,  those are major countertrends to my predictions.

I don’t think either of those possibilities changes the outcome any, but it could clearly delay the timing quite a bit. The purpose of my predictions, however, is not just to “be right,” but to lay out what I think the major trends are. So, either way it will be interesting to see how these two opposing major dynamics will battle each other. Will the flood tide of tax breaks overwhelm the ebbing tide of quantitative easing?

Neither of these major opposing trends existed before Trump was elected; and it is too early to be highly certain of any trajectory plot for either since we have no experience with either one. (Even astronomers need to sight a new asteroid a second time after some time elapses from the first sighting to be certain as to whether its path destroys the earth or misses it altogether, and asteroid trajectories are about as stable as anything in this universe gets.)

Nevertheless, a melt-up of the stock market has begun.

The melt-up is happening, but what does that look like in a Wonderland world?

The rate of rise in the Trump Rally is so stunning that even some permabulls are now saying the market is in a melt-up stage where the last of the small retail buyers are going all in because they feel bad about missing the first part of the Trump Rally. At the same time, many bears are licking their wounds and getting in before they miss all the gains. Everyone on both sides acknowledges that the stage when the little people all rush into stocks is the final stage of any bull market. So, a number of typically bullish analysts are starting to believe the market is superheating and will blow up.

I believe that’s true. The stock market is now overheating and will blow up. It has been overheating since Trump got elected since the market was skyrocketing just on the hope of tax increases that might not have happened. (Had they not, the crash would have been huge.) Not only have prices skyrocketed at a steeper rate of rise than has ever been seen, but the volume of trading crippled the day after Trump was elected, and has remained that high. So, the little people must be jumping in. It looks like everyone is jumping in, which indicates the market could easily blow up by mid year.

HOWEVER (and this is the biggest caveat of all), we have never seen what a stock market melt-up looks like in this kind of bizarre environment. Consider 1) the historically extraordinary heap of new money the Fed created in previous years that the market now rests upon and 2) the historically extraordinary size of new tax breaks just beginning and the fact that, 3) for the first time in a long time, these tax breaks are targeted mostly toward corporations where they will be used for stock buybacks and dividends. The scale of everything is so far beyond anything we’ve experienced that the potential exists for a melt-up that goes far higher and steeper than anything anyone has seen or can envision.

Stocks and bonds no longer in bondage

For a long time now, stocks and bonds have risen and fallen in lockstep, which is in exact opposition to how they historically interact. That seems to be breaking as the QE unwind begins because it was QE that caused the normal relationship to reverse. Now it appears to be normalizing with the price of bonds falling as the price of stocks rises even faster. Therefore, consider what happens if money also starts migrating out of precarious bond funds. That money will be looking for a new home, and the stock market looks enticing right now. That could extend the stock-market melt-up even longer.

With all of that, I think the mid-year deadline for my original bet is looking shaky (though that bet was about the overall economy, not specifically the stock market). Nevertheless, the bet was cast. So, I may, yet, have to apologize as promised if my timing for economic collapse is off due to all the changes that have happened since the bet was made.

The debt monster rules all

It does not take a default on bonds to capsize bond funds. They can have a liquidity crunch just because money starts pulling out, partly because investors fear bond interest will rise (making the bonds already in those funds less valuable) and partly just because investors dig into bonds as a final resource to find a more money to invest in a rampaging stock market.

In the end, it will be, as I’ve always said, THE ENORMOUS ABYSS OF DEBT that sucks everything down, and bonds bear a closer connection to that debt than stocks. That has always been my primary thesis. The likelihood of a debt implosion doesn’t get any lower under Trump. All of his seemingly positive changes continue to be built on a massive and ever-growing overhang of debt. So, I have no doubt that the economy is going for broke … and will get there.

The Trump Tax Cuts almost assure the overhang of federal debt grows worse, and his stimulus plans — if any of them make it through congress — will make the government debt worse still. Someday all of that will break off along with the overburden of personal debt in this nation (and in all other nations), leaving nothing but rubble. Currently, federal debt places half-a-trillion-dollar burden on the US economy annually. I don’t believe the day of reckoning for these decades of profligacy is far off, even with the current market mania that is due to Trump’s massive tax reprieve.

I don’t believe Trump’s tax advisors — Larry Kudlow, Stephen Moore, and Gary Cohn and Steven Mnuchin — who all say his tax cuts will pay for themselves. If his changes add significantly to the debt, as I believe they will, they will in the long term make our underlying economic problems much worse, accelerating us toward that debt implosion.

In the short term, however, Trump’s spending spree and debt-funded tax breaks could be a lot of fun. They are certainly a rocket for the super rich in the top one percent — people like Trump and his friends. It’s unclear how many of the rest of us can slipstream that rocket and get pulled along in its wake to enjoy the ride. Most likely not many; but we are now on a hot burn to the very end — a meteoric glory ride for those who can take the trip, rather than a slow slog into the debt abyss that we were on in Obama years.