Home » Uncategorized » How the Fed Fixed the Repo Crisis
« You Know Times are Scary When the FDIC is Producing Videos Like This
Bailout BONUS Bonanza Going Bonkers … Again! »

How the Fed Fixed the Repo Crisis 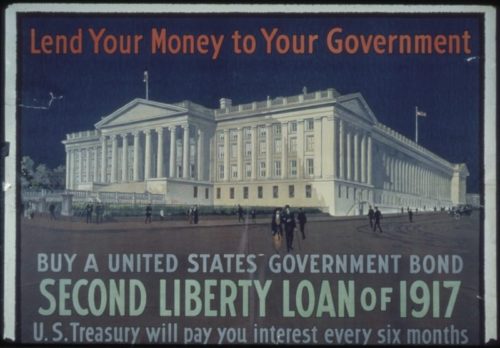 This week’s results in the Fed’s repo-market interventions in one fell swoop proved everything I’ve said about the Fed’s intervention being QE4ever and the problem’s cause.

The following results show the repo market has been fixed:

The instant the Fed returned to full-on, “we-now-call-it-QE” QE, the repo market settled right down to an easy calm.

As you can see, the amount of demand for any kind of repo the Fed was offering has dropped to near zero. And the sole reason for that is … this:

The Fed’s balance sheet, in just about a week’s time, has gone from tightening QE (relative to its final plateau of easing) to soaring above all the QE it has ever created, which happened like this:

In just four day’s time, the Fed has stuffed more than half a trillion cash in QE back into bank reserves, which has certainly sucked up any backed up surplus of treasuries the primary treasury dealer banks had by permanently replacing those treasuries with cash.

The Fed fix is in

The problem was always easy to fix. All the Fed had to do was go back to pure QE. Problem solved.

The repo market broke in September because of the reserve shortages in cash the Fed created during its QE tightening period (the gentle downslope in the graph above. As I’ve said for well over a year, the dealer banks had to soak up all the treasuries the Fed stopped rolling over, resulting in a shortage of cash in their reserves and a surplus of treasuries and other bonds they could not resell (because as dealer banks they are obligated to soak up all government issue).

Due to the surplus of treasuries the treasury dealer banks were left holding, they got to the point in September where they didn’t want to accept old (off-the-run) treasuries as collateral any longer. That was especially true, as pointed out in a recent article, since old treasuries can be rehypothecated, which means they might not be worth anything as collateral. Why would you take an old treasury as collateral when you are already overstuffed with new (on-the-run) treasuries once you know the old treasuries may already be in use as collateral several times over, but you have no way of knowing whether that is the case or not? Moreover, the fairly recent allowance of hedge funds to participate in repo via clearing houses exacerbated this problem because that is where much of the hidden rehypothecation of treasuries as collateral was happening. So, what dealer bank wanted to handle that filth when it already had more treasuries than it wanted anyway?

Thus, when the Fed stepped into the repo market near the end of September, it was, as I was saying all the time back then, actually doing QE4ever. What the market was really craving was cash reserves and a way to offload treasuries to get that cash. By taking treasuries as collateral in exchange for cash on overnight and short-term loans, the Fed was supplying that need. By rolling those repo loans over day after day, week after week, the Fed was effectively conducting QE4 without having to call it that. It was making up for the reserve cash shortage its own QE unwind had created

That could never end (as repo) because repo only becomes effective QE when you roll it over endlessly, as the Fed found it had to do to keep the repo crisis under control … and as I said it would most certainly have to do long before the Fed appeared to have figured that out. That’s why I called it “QE4ever” because to maintain those cash reserves, the Fed would have to roll the repos over forever.

NOW that the Fed has returned to overt QE, repo as a form of QE is meaningless. No one wants endlessly revolving repos, which are a headache to keep up with, if they can just sell their surplus of federal treasuries for a cash premium. In proof of all of that, the Fed’s return to QE has clearly, at last, fixed the repo problem. The repo problem will remain fixed now that the Fed has completely redone QE … so long as it doesn’t try to unwind again. That means it is still QE4ever because all these reserves built back up by QE have to remain forever on the Fed’s balance sheet, or the money supply will contract again, the banks will have to start absorbing the government debt again that the Fed is rolling off again, and the whole problem will return.

As you can see, the Fed was able to instantly fix the problem that it had struggled with for months by instantly launching further into QE than it has ever gone before! With that, reserve cash shortages have been fixed by more money “printing” so there is no need for Fed intervention in the repo market. It is “fixed” in the sense that the Fed created an economy that is totally dependent on all this money in the system, and you cannot suck the money out without deflating the bubbles that the money inflated.

So, the Fed only fixed a problem it created. It wouldn’t have been a problem in the first place if the Fed had never created dependent stock and bond markets. That is why it was easy to predict the points at which the stock market would have serious troubles. They were simply the points at which the Fed had promised to step up its suction of money out of the reserve system. For the same reason, the bond market experienced serious troubles in repo where bonds are exchanged for cash when the Fed tried to back out of government bond purchases (QE).

Now imagine how much more Fed QE is going to be needed to soak up all the new debt the government is going to have to create in just a couple of months to fund its $2 trillion bailout package!